California bans private prisons – including ICE detention centers - FreedomUnited.org
This website uses cookies to improve your experience. We'll assume you're ok with this, but you can opt-out if you wish.Accept Read More
Skip to content
Back to Global News 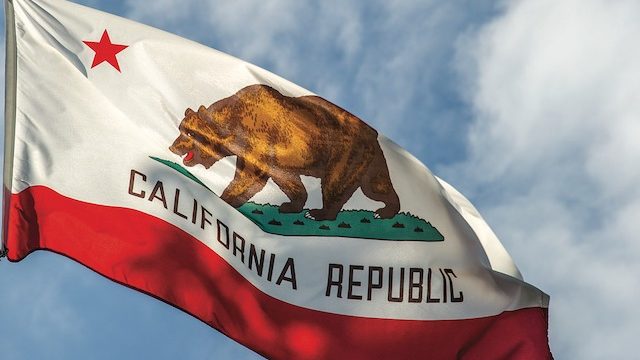 California has taken a bold step in taking the profit motive out of incarceration as lawmakers passed a bill to ban private prison companies from operating facilities in the state.

It marks a major victory for criminal justice reform advocates and a drastic shift in how California handles its prison system. The state used to be one of the fastest-growing markets for private prison companies, but in recent years California has moved to transfer thousands of inmates from private to state-run facilities.

The bill, AB32, must now be signed by Governor Gavin Newsom, who is expected to endorse it. In his inaugural speech in January, Newsom showed support for a ban on private prisons, saying California must “end the outrage of private prisons once and for all.”

The bill’s author, the assemblymember Rob Bonta, originally wrote it only to apply to contracts between the state’s prison authority and private, for-profit prison companies. But in June, Bonta amended the bill to apply to the Immigration and Customs Enforcement agency’s four major California detention centers.

Bonta’s amendment, say immigrant rights advocates, appears to have caught Immigrations and Customs Enforcement (Ice) and the private prison companies at a moment when their current contracts are expiring.

The result is that instead of slowly phasing out immigration detention centers as their existing contracts expire years down the road, most will face closure next year – unless Ice and its private prison contractors find a workaround.

“I think Geo Group is realizing their scheme to circumvent state law is putting them in a place where they could end up being be nailed,” said Hamid Yazdan Panah, an immigration attorney and the regional director for the Northern California Rapid Response & Immigrant Defense Network.

ICE-contracted CoreCivic, the second largest private prison company in the United States, operates the Otay Mesa immigration detention center in San Diego. This facility has been at the heart of Freedom United’s campaign against CoreCivic as detainees at Otay Mesa have filed a lawsuit against the company, claiming they were subject to forced labor.

Geo Group and Corecivic knew AB32 would directly impact their business in California and accordingly spent $130,000 during the first six months of this year lobbying the legislature and governor against AB32. And on September 6, the bill was amended to allow for-profit prison companies to continue operating after 2020, but only to help the state comply with a court-ordered prison population cap.

Outside of this, all private prisons in California are to be phased out by 2028.

“This legislation is the most powerful we’ve had. It’s a very big step,” said Lizbeth Abeln, of the Inland Coalition for Immigrant Justice about AB32.

“But we know Geo Group and Ice work in secrecy, and they work to circumvent contract laws, so we’re still monitoring things.”

Immigrants rights groups also pointed out a worrying trend. When several sheriffs’ departments canceled their contracts with ICE last year, it’s not as though the detainees were released — they were simply relocated by ICE to detention centers in Colorado and Hawaii.

I find all this fuss about prisoners bizarre. They broke the law. When I broke the law I was punished and rightly so. Punishment for breaking the law serves two purposes, it punishes wrongdoers and it deters others from breaking the law.. My major concern is the cost of feeding and housing criminals, so I welcome alternative punishments. I am not convinced that jailing people is a cost effective form of punishment and indeed for some it is a nice break paid for by you and I.

Read about this in my local paper. Just great, now we will have more criminals walking the streets.

I think you miss the point. Prison in the USA is not a deterrent of last resort but an organised racket. Prisoners in private prisons are being used as little more than slaves, worked without pay in atrocious conditions. They are exploited for profit by immoral shareholders.
If private prisons were designed to educate and instruct, rehabilitate and reintroduce worthwhile citizens to the community we would all support them. But they do none of that and profit from the misery they inflict.

I’m all for taking the profit motive out of incarceration, but won’t this lead to more overcrowding in the CA state prison system?

You Americans have a strange system where a State Government can override the rights of a Federal Government. It should be the other way around.Always amazed that some insignificant Magistrate in some tinpot town can totally destroy Federal Policy. Glad I dont live in your mad Country.

Federal government has to abide by the Sovereignn States laws. Federal laws supercede state laws, but Federal policy is not law, it’s just how they do business. Where there is no federal law, which covers a huge area, state law applies.

“And on September 6, the bill was amended to allow for-profit prison companies to continue operating after 2020, but only to help the state comply with a court-ordered prison population cap.”… another useless bandaid. Nothing much will change.

The powers that be just need to ensure the drug war continues, so they can keep enough beds full, to exceed that court-ordered prison population cap.