Ship of horrors: life and death on the high seas - FreedomUnited.org
This website uses cookies to improve your experience. We'll assume you're ok with this, but you can opt-out if you wish.Accept Read More
Skip to content
Back to Global News 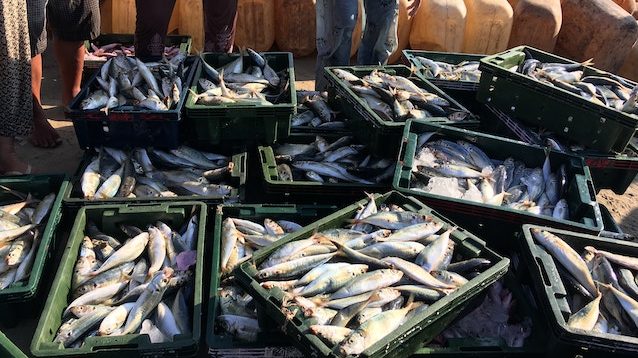 Ship of horrors: life and death on the high seas

Forced labor, appalling living conditions, sexual assault, bullying. Working on the high seas is a harsh occupation, but one fleet of South Korean vessels is particularly notorious for abuses.

The Sajo Oyang Corporation is infamous is maritime circles for the story of the Oyang 70, a 38-year-old vessel which sank in 2010 after leaving port in New Zealand due to lack of oversight and an abusive captain that worked his crew — made up of 36 Indonesians, six Filipinos and one Chinese — to the bone.

On the night the vessel went down, the ship began to go underwater because the captain resisted his crew’s pleading to cut the net, which had far too much fish in it than the boat could handle. As the ship sank, the captain refused to abandon his post. His body was never found, and the five other crew who died in the catastrophe were found frozen in the icy ocean waters.

You would imagine that this would have spelled the end of this company. But not so on the open ocean.

In the world of deep-sea fishing, the Sajo Group is a leviathan. Founded in 1971, the group oversees a huge fleet of more than 70 fishing ships.

The Sajo Oyang’s corporate presence in New Zealand was structured like Russian dolls: larger companies enveloping subsidiaries, and subsidiaries of subsidiaries. The men who worked on the boats were recruited and contracted not by the Sajo Oyang company directly, but by agencies based in Indonesia, Myanmar, South Korea and elsewhere. By outsourcing the recruitment, logistics and payroll of foreign crews, the company centralised profits and decentralised liability.

The sinking of the Oyang 70 made headline news in New Zealand. To handle damage control, the company tapped a pugnacious lobbyist and spokesman named Glenn Inwood, who was famous for representing several other controversial industries, such as whaling and tobacco.

About eight months after the Oyang 70 sank, its replacement, the Oyang 75, arrived at Lyttelton Port in New Zealand. Shortly before it departed again for the fishing grounds, Inwood gave reporters a tour of the new vessel, which he hailed as a model of the highest labour and fishing standards.

But even Sajo Oyang’s deft fixer couldn’t control the publicity surrounding what happened next. Early on the cold morning of 20 June 2011, a parishioner went to her church in Lyttelton, where she discovered 32 Indonesian men hiding in the nave. Shivering and distraught, the Indonesian men had fled the “model” Oyang 75 while the ship was being unloaded.

The Indonesian crew had snuck off the ship at 4AM to find a mosque but upon finding none, entered the church. Later they would tell officials how one engineer broke a deckhand’s nose for inadvertently bumping into him. Another man lost part of his vision from being punched in the head so often. Insubordinate crew were locked in the refrigerator. Sometimes the men worked for 48 hours straight. Many of them were sexually assaulted by their superiors.

“I often thought about asking for help,” Andi Sukendar, one of the Indonesian deckhands, said in court papers. “But I didn’t know who to ask.”

The Indonesian men had all been recruited from rural Java, but were now trapped in debt bondage due to unscrupulous labor agents. They were made to sign contracts in a language they did not understand and had around 30% of their earnings deducted for suspicious agency fees. They handed over valuable home deeds, high school graduation certificates, and even a land deed to a local mosque as insurance they would complete their two year contracts, no matter what.

Meanwhile, New Zealand took measures into their own hands: they banned foreign vessels from their waters in 2014, giving fishing companies two years to comply with the new law. While a strong step, observers worried that it would merely push bad actors to simply sail to other waters where there was less oversight. Indeed, the Oyang 75 subsequently travelled to east Africa, near Mauritius, while the Oyang 77 sailed to an area near the Falkland Islands.

As The Guardian expose concludes, forced labor on the high seas is nothing new and it is both disheartening and frustrating to see how bad companies manage to escape punishment. And a key piece of the solution needs to be hearing from abused workers aboard.

For example, Purwanto, one of the Indonesian crew of the Oyang 75, asked a labor inspector why they were interested about conditions on the vessel, saying “No one has ever asked about us before.”

When the inspector said they were looking for labor violations, Purwanto said that even if there were violations he needed the job and wouldn’t say anything more. “This is the best we can get,” he said.