Burmese President Orders Investigation of Enslaved Children - FreedomUnited.org
This website uses cookies to improve your experience. We'll assume you're ok with this, but you can opt-out if you wish.Accept Read More
Skip to content
Back to Global News 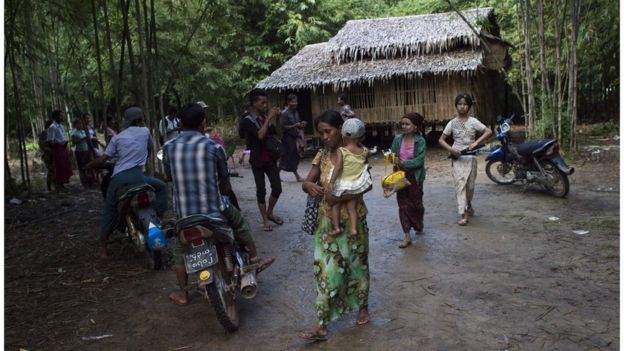 Burmese president Htin Kyaw is asking for an investigation of two girls who claim they were victims of imprisonment and torture for five years in a tailor shop.

After being assisted by a journalist, the teens were freed last week.  Their families, however, complained that the police had several chances to help the girls but choose not to get involved.

When the girls were only 11 and 12 years old, their parents sent them to work in the commercial capital of Yangon.

For poor Burmese families it’s a painful but depressingly common decision. The United Nations estimates that at least a million Burmese children are forced to give up on education and go to work.  These girls became maids in a tailor shop in the centre of Yangon. But what started as paid work allegedly turned into modern-day slavery. The girls say they were denied contact with their parents, were unable to leave and were no longer being paid.  Then there was the abuse. Visited by the French news agency AFP in their village after their release, the girls had injuries and scars on their arms which they say were inflicted by their captors.

“I have a scar from where an iron was stamped on my leg and a scar on my head as well,” the now 16-year-old said.  She continued, “This was a wound from a knife, because my cooking was not OK.”

The second girl, who is now 17, has deformed, burned hands from, she explains, her fingers being broken as a punishment.

The families of the girls had asked Burmese police to intervene, but their pleas were ignored.  It was only when a journalist called Swe Win became involved that things started to move. He approached the police, who again refused to help, before taking the matter to the national human rights commission.

The commission took action, negotiating with the owner of the shop for their release.  But still their was no real measures taken against the alleged abusers.

The Myanmar National Human Rights Commission said, “We figured at the time that we could solve the case satisfactorily to all parties involved with a compensation settlement.”

Now the public wants to know why authorities waited so long to act to protect the girls. The tailor and two of his adult children has now been arrested.

With the girls’ story now front page news and reverberating around social media, the Burmese police were finally spurred into action. On Wednesday evening the tailor was arrested, along with her two adult children. They all now face charges related to human trafficking.

The Burmese president has also asked for a report on how the police handled the case and said he would be taking a close look at the work of the human rights commission.