Break in Missing Mexican Nursing Students Case - FreedomUnited.org
This website uses cookies to improve your experience. We'll assume you're ok with this, but you can opt-out if you wish.Accept Read More
Skip to content
Back to Global News 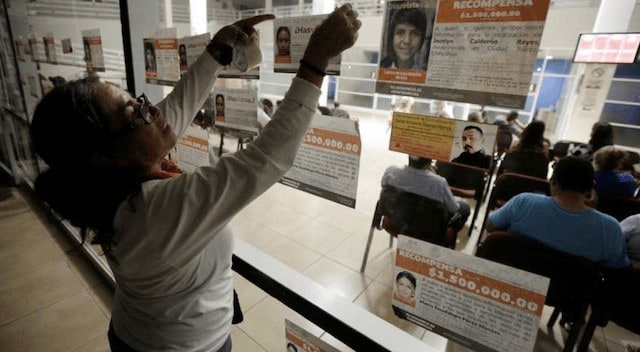 Police in Mexico have arrested a woman suspected of running a sex trafficking operation along the US-Mexico border.

The case may be linked to the disappearance of three Mexican nursing students.

The suspected trafficker, Claudia Palmira, is accused of profiting from the sexual exploitation of a teenage girl and a young woman according to the Attorney General’s office in the Mexican state of Chihuahua.

Alfredo Limas Hernández, co-director of the Observatory of Social and Gender Violence at Chihuahua’s Autonomous University of Ciudad Juárez, noted that many women who are victims of sex trafficking are first reported missing and later turn up dead.

Jessica Rentería, spokeswoman for the prosecutor investigating the Palmira case, said authorities discovered the suspected trafficking operation after looking into the disappearance of three nurses who lived together in the town of Parral.

Mayra Mendoza Adame, 21, disappeared on May 27, while Sigrid Diaz Huerta, 21, and Oswaldo Galvan Rodríguez, 22, were kidnapped by a group of armed men who broke into their home the following day.

The investigation led authorities to suspect human trafficking and a link to Palmira, according to state Attorney General César Augusto Peniche.

“It exposed a trafficking network which the detained person is part of and is surely the coordinator of trafficking activities in that region,” he told reporters last week.

Mexican media has reported that Palmira allegedly used online social networks to advertise a ‘catalog’ of women to potential clients.

Palmira was arrested in late September in Parral and appeared in court last week, facing charges of human trafficking for sexual exploitation and prostitution.

According to the 2018 Global Slavery Index, around 341,000 people live in modern slavery in Mexico. Figures from the Attorney General’s office also reveal that four out of five trafficking cases involved sexual exploitation.