Brazilian Transwomen Trafficked Over Transition Promises - FreedomUnited.org
This website uses cookies to improve your experience. We'll assume you're ok with this, but you can opt-out if you wish.Accept Read More
Skip to content
Back to Global News 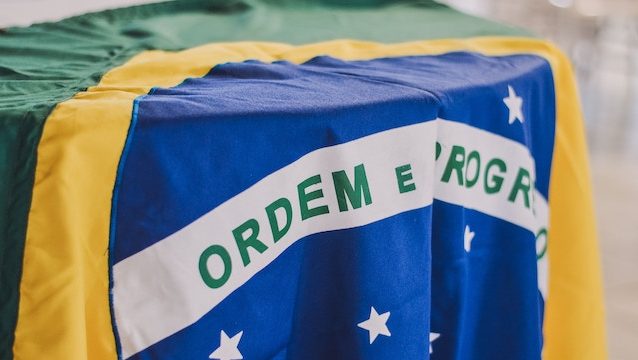 Police have broken up a human trafficking ring in Brazil that targeted transgender women in Ribeirao Preto, a city in Sao Paulo.

Traffickers offered to pay for the cost of surgery to transition but then forced 38 transwomen into sex work at brothels across the city to pay for it.

Alarmingly, this case is also looking into the deaths of two transgender women; one is thought to have been murdered for not paying her debts while the other died after botched cosmetic surgery in which industrial rather than medical grade silicone was used.

“We face here a classic case of modern slavery, in which the chains are not physical, but invisible,” said federal prosecutor Andre Menezes. “We are facing here a case of someone exploiting another person’s dreams.”

Officers in charge of the operation, which was dubbed “Cinderella”, said the victims had been forced into selling sex to pay for the illegal surgery and for the cost of their journey. They were also made to take drugs.

Those who failed to pay back the money suffered physical and emotional abuse, investigators said.

Police have arrested five people and are looking for another four suspected of involvement in human trafficking, keeping workers under slavery-like conditions, pimping and involvement in organized crime.

Transgender people in Brazil often face tremendous discrimination, making it difficult for them to find work.

“The repulsion people have to these women is too great. They are treated as if they have some contagious disease,” said prosecutor Cristiane Sbalqueiro.

Labor inspectors say they will interview the transgender women in this case to assess how many of them are victims of modern slavery.

“From the elements we gather today we will determine which ones were subjected to debt bondage, and how many were victims of forced labor,” said labor inspector Magno Riga.

These monsters just keep evolving and finding more gross ways to force troubled people into prostitution, always the poor or disadvantaged seem to fall prey to these evil entities.