Brazilian Efforts to Reduce Slavery - FreedomUnited.org
This website uses cookies to improve your experience. We'll assume you're ok with this, but you can opt-out if you wish.Accept Read More
Skip to content
Back to Global News 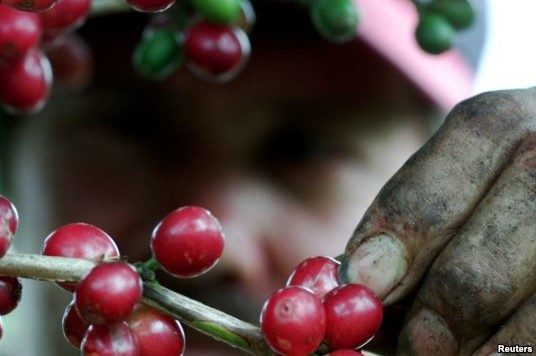 Thought there are Brazilian efforts to reduce slavery on coffee plantations, the poor are still lured onto the farms with promises of good pay.  Then they find themselves in debt bondage and living in deplorable conditions…

Some advocacy groups say the government has tried several initiatives, like putting public shame on those employers.  Brazil is South America’s biggest country.

Michael Sheridan, director of the ‘Coffeelands Program’ of Catholic Relief Services explained:  South America’s largest country has made significant improvements in tackling forced labor in agriculture, with the Ministry of Labor publishing a “dirty list” of employers benefiting from modern slavery.

Sheridan said that according to government data there have been 15 farms flagged by authorities.  Some have armed guards to keep workers inside and workers, in some case, must work with toxic chemicals without proper protective coverings.  But he notes that “Brazil is ahead of the curve when it comes to tackling slavery in supply chains. There are some flaws in their [monitoring] programs, but Brazil is positioning its coffee companies to deliver the kind of transparency customers are demanding.”

Nearly 400 workers have been rescued from slave-like conditions in those coffee plantations since 2002.

Nestle said, “Unfortunately, forced labor is an endemic problem in Brazil and no company sourcing coffee and other ingredients from the country can fully guarantee that it has completely removed forced labor practices or human rights abuses from its supply chain.”