Boys: The Silent Victims of Sex Trafficking - FreedomUnited.org
This website uses cookies to improve your experience. We'll assume you're ok with this, but you can opt-out if you wish.Accept Read More
Skip to content
Back to Global News 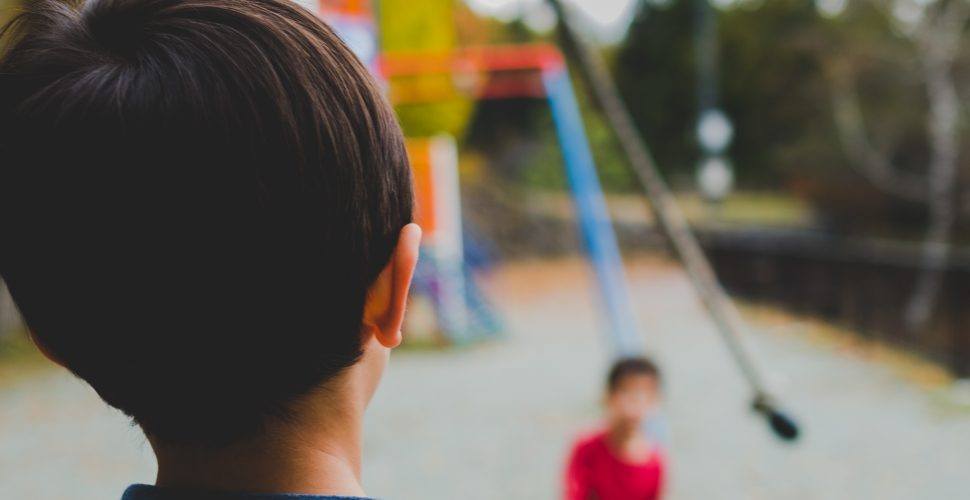 As a child, Tom Jones was raped and sold for sexual exploitation. It wasn’t until he was 15 that the brutality ended.

But, like many male victims of sex trafficking, he kept the pain inside, carrying his trauma for another 15 years before he opened up about his abuse and two suicide attempts.

And it’s precisely because sex trafficking is seen as only a women’s issue that male victims find it hard to find help, let alone have someone believe their story. In an ECPAT-USA report, one interviewee noted that law enforcement tends to treat these cases with suspicion. While filing a trafficking report, an officer even asked “Why couldn’t he get away? He’s a boy.”

“Boys hear that it only happens to girls,” Steven Procopio, clinical director of MaleSurvivor, a network of therapists and survivors, says. “This is seen as a gender-biased, gender-specific issue.”

“Boys don’t fit the popular script of who is and isn’t a victim of trafficking. Liam Neeson didn’t bust through doors in the Taken movies to rescue his son. Journalists seldom write heartbreaking stories about 15-year-old boys sold on Backpage.

The reluctance to speak up is understandable, but it carries damaging consequences. Victims feel even more isolated. Government agencies and nonprofits are reluctant to provide services for an invisible population. Police, teachers and others in regular contact with youth don’t receive training in how to identify and help male victims.

Procopio and others also point to another bias — discrimination against gay males and transgender people — that prevent boys and transgender victims from being seen as victims who deserve help. “There’s a lot of homophobia. But this issue is not about sexual orientation,” Procopio says. “Trafficking is about power and control.”

Anti-trafficking non-profit Polaris Project explains that gay and transgender youth are more at risk of being trafficked because family conflicts push many to run away from home. On the streets, runaway kids — no matter their gender or sexual orientation — are highly vulnerable to abuse.

Tom Jones now works to help other men who are survivors of trafficking for sexual exploitation, but he says it hasn’t been easy. Many of the men are still reluctant to speak to counselors and most do not want to talk face to face. “They haven’t told even their families what they’ve been through,” Jones says.

I never thought when I was growing up in England that people would use children or anyone for sex or sell them as sex slaves,No one should have to suffer like that,A child especially should be protected and not used to satisfy anyone,its frightening and makes the ones who have been victimised not trust people much.I hope this evil goes away and people who do this for their own pleasure or as a business,I hope they put them away for a very long time.

We should speak out against the trafficking of anybody for the purpose of exploitation for sexual or other reasons – whether they be male of female.

We have to remember, though, that most of the exploiters of children and other human beings tend to be men. It is important to work to stop the exploitation of all
human beings – children, refugees, the needy etc

This is horrific. It’s true that we tend to think of abuse as only happening to girls but it’s equally as terrible hearing that young boys suffer this disgusting fate too. More people need to be made aware of this for the sake of those suffering in silence and not getting the help they need or deserve

In some ways it is even more difficult for boys to admit to being sexually abused because they feel in some way deprived of their masculine identity, but human sexuality has never just been about men exploiting women. Boys and youths have long been the victims of abuse, even if both victims and perpetrators would be the less willing to admit to it because of long held prejudices around homosexuality.

Absolutely and the perpetrators know this. This has been going on for centuries and the Catholic Church is also guilty of it.

Great grandmas back again 😂 No this isn’t about overpopulation and (just as ridiculous) the Catholic Church and I’m doubting poverty also. My first thought was “should we be so surprised, today” however I’m very glad to hear and see (most of, gram 😉)the comments. I believe this to be yet another of many cases to come of a demoralized and confused society; a society/culture without God. Hence puts sex and money before our children.. Maybe the history buffs here I greatly respect can chime in

Rosemary,
You are one of relatively few people who point at the real problem. Nothing more needs to be said about the obvious: much more must be said and done about the perpetrators of this crime! We often know who they are, but instead of capturing them and locking them up in a dungeon, we let them go, unpublished!
Remember, a firefighter is trained to waste little time to fight the flames: he/she is trained to dows the fire!

EVERY NORMAL /GOOD PERSON needs to take a stand on these issues. Insist that lawmakers pass stringent laws to severely pursue and prosecute sex offenders, and “consumers” of non-consensual sex activity, and pornography which encourages and incites this. Since this is also an international issue, there needs to be involvement with the governments that are a source point for the trafficking. If these countries do not follow through, then a boycott of trade, and international shaming and UN action.