Young Bangladeshis Become Victims of Forced Labor in Malaysia - FreedomUnited.org
This website uses cookies to improve your experience. We'll assume you're ok with this, but you can opt-out if you wish.Accept Read More
Skip to content
Back to Global News 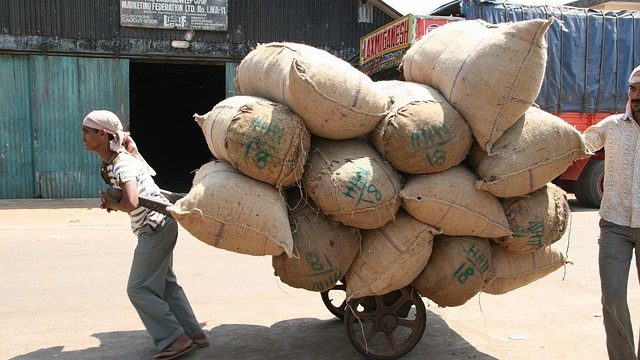 Young people pay large amounts of money to attend private colleges, but it was all just a trick to trap them into forced labor.

“They are sold a dream of a ticket to study and work in a foreign country. But after spending all their family savings, thousands of young men from Bangladesh are caught in the harsh reality of being trapped in exploitation and extortion in Malaysia.  By the time they realize it, they have been trafficked through obscure private colleges and unscrupulous “agents” in the Klang Valley area that surrounds Kuala Lumpur.”

Many pay as much as $6,350, which is  equivalent to three years’ wages in Bangladesh, in order for the “agents” to provide them with visas and admission into private colleges, but it was a hoax.  That, however, was just part of the story of their  exploitation. When they finally arrived in Malaysia, they found that the schools did not really offer classes, and they were not permitted to work with their student visas.  Additionally, they were asked to pay even more fees.

That left some with no option but to work illegally under deplorable conditions, creating a cycle of exploitation that required them to earn enough money to repay their debt, buy a ticket home, and pay more money so the agents could renew their student visas in order for them to work another year.  A 24-year-old victim told a reporter, “I can’t go home because my family spent all their money on the agent fees.  Now I need to work here to pay for my father’s medicine.”

“The journalists uncovered the trafficking rings through a series of undercover investigations. They met workers’ agents while posing as factory managers looking for cheap labor…”

criminal and horrible treatment of other human beings

This is deplorable. What can be done to stop it?