Are Australian Retailers Ready for Anti-Slavery Law? - FreedomUnited.org
This website uses cookies to improve your experience. We'll assume you're ok with this, but you can opt-out if you wish.Accept Read More
Skip to content
Back to Global News 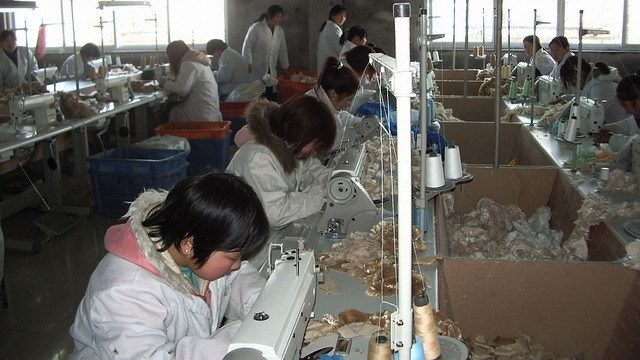 As Australia nears the introduction of a Modern Slavery Act, some retailers may not be ready to show how their products are free from slave labor.

Last month a joint federal parliament committee recommended that the government create a Modern Slavery Act that would require companies to report on how they are addressing modern slavery in their supply chains. Specifically, the committee suggested that businesses with an annual revenue of more than $50 million should have to report and a list of those that comply would be made public. After two years the government would name and shame companies that did not report or take action to end exploitation.

The Sydney Morning Herald reports that some MPs are calling for a financial penalty as well:

“I do realise that for larger companies, if the penalty is $100 or $1000 or $10,000 it may not be a disincentive in and of itself, [but] if that is public knowledge that’s not a good look for a large company trying to build a public image,” said Liberal MP for Dunkley Chris Crewther.

Carolyn Kitto, a director at anti-slavery group Stop The Traffik, said while some businesses were concerned about the cost of complying, “there’s going to be way more of a cost if you don’t do the right thing and human slavery is found in your supply chain”.

Australian Retailers Association chairman Russel Zimmerman, believes that there may be an upside to reporting as stores could promote the fact that their products were ethically sourced. Yet he added that the retail body would push for “light touch” regulation wherein retailers would only have to one step down the supply chain and get assurance from suppliers that their products were clean.

It is precisely the point of “getting down to the BOTTOM of the supply chain”, as that is where the exploitative behaviours are happening – the places the customers cannot see. Any group who doesn’t want to go that far, as far as I am concerned, are part of the problem. If not directly, then indirectly by closing their eyes to the suffering of people in the industry that THEY are part of. Help clean up the whole industry you are involved in, if you don’t want to be painted with the same brush.

It’s fairly simple really – either there is slavery involved in the production of your products, or there is not. If the context of the above report is accurate, then Mr Russel Zimmerman is running very close to putting money before human living conditions.

There is a simple acid test: If Mr Russel Zimmerman would NOT be happy for his own children to be involved at any and all points in the production of goods sold by the Retailers Association, then his position is hollow and tenuous.

The chairman of retailers says he doesn’t want companies to get down to the bottom of their supply chain. But, isn’t that the whole point of a measure that aims to fight slavery in supply chains???

Some retailers have already gone a long to remove slavery from their products. These should be our favorite companies while avoiding those companies that choose to do nothing. This will add pressure to any anti slavery laws.

I am so upset to see many workers doing unpaid work for “in lieu” which never happens. Workers forced to work through their lunch break on a regular basis because they have not enough staff or staff that leave and are not replaced or are so slow to replace that training takes up even more time. They also are forced to work on public holidays. What happened to the Lucky Clever Country !!!!