Australian Cybersex Trafficker Who 'Chained Victims Like Dogs' Jailed for Life - FreedomUnited.org
Skip to content
Back to Global News 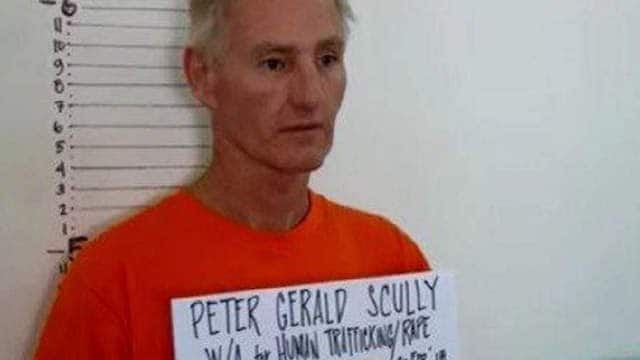 The Philippines has sentenced Australian Peter Scully and his Filipina partner to life in prison in one of the most disturbing cases of child trafficking the country has ever seen.

Prosecutors told the court that Scully ‘chained his victims like dogs’, sexually abusing them and filming them for child pornography. The victims were Filipina girls who were just 10 to 12 years old, though in once case he even raped an 18 month old baby.

The Cagayan de Oro court convicted Scully on charges of trafficking and rape, sentencing him and his partner to life behind bars without parole as well as fining the pair five million pesos (S$323,000).

“This is a big victory for us. This sends a very strong signal to traffickers that this government is serious in pursuing and prosecuting these cases,” Merlynn Uy, officer in charge of the regional prosecutor’s office, told Agence France-Presse (AFP).

“These girls were lured into his apartment and they said that they were chained on the neck, like dogs on a leash.”

Scully was also found guilty of rape, which carries a minimum of six years behind bars.

He was arrested in 2015 in Malaybalay, another southern Philippine city, after fleeing from Australia in 2011. He had come to the Philippines to escape fraud charges in his home country.

He then set up a cybersex business, filming teenage girls from impoverished families as he had sex with them or used sex toys, investigators said.

The videos were allegedly sold to customers in Germany, the United States and Brazil.

Authorities say that most of those who pay to watch child pornography are abroad, and alarmingly many of the child victims are abused with the consent of their parents.

Scully still faces another trial for 60 other charges, including the rape of an 18-month-old baby girl and the rape and murder of a 12-year-old girl.

“The children have been traumatised. We provide them therapy to help them prepare for a normal life,” said Ramos.