Athens, Georgia and Underage Sex Trafficking - FreedomUnited.org
This website uses cookies to improve your experience. We'll assume you're ok with this, but you can opt-out if you wish.Accept Read More
Skip to content
Back to Global News 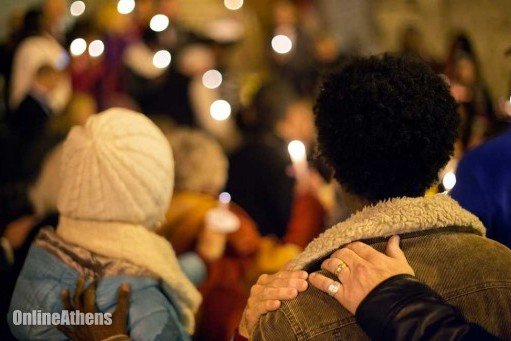 Athens, Georgia was the destination of a 16-year-old runaway from New York City, though she didn’t know it. Homeless and on the street, she was kidnapped by a gang and held under their control as a sex slave…

Police received a tip that sent them to a motel on the city’s west side where they found two underage girls who were being forcibly held in sex servitude.  Lt. Jeff Clark from the Athens-Clarke County police said,  “The victim was transported by the suspects across the state line with the promise that she could earn a lot of money.  Most criminal gangs, no matter what name they call themselves, are usually involved in an array of crimes which sometimes includes human sex trafficking.”  Both girls were living in bondage under armed gang guard.

Trevor Bramblett of the End It Movement explained, “Human trafficking is modern day slavery. We are talking about people — people that are trapped, abused, and objectified every single day by other people. It’s the most basic of human offenses.”

“There is no indication, based on the information we currently have, that child sex trafficking is rooted here in Athens-Clarke County,” Freeman said. “However, the investigation continues and ACCPD detectives will dig deeper into the information we do have, and we will seek out the assistance and help of the FBI’s Child Exploitation Task Force, and ensure we make a solid case to prosecute these individuals to the fullest extent of the law. My intent here is to have them review the case in an effort to dig deeper into this case to ensure we are doing all that we can to root this out from our community and to further ensure we don’t have additional victims or traffickers in our area.”

In Athens, Georgia, this is not really a new kind of crime.  This article says according to the Georgia Governor’s Office for Children and Families, about 100 girls are exploited sexually every night in Georgia.