Project Shadowfire-Arrests of 1,100 Gang Members - FreedomUnited.org
Skip to content
Back to Global News 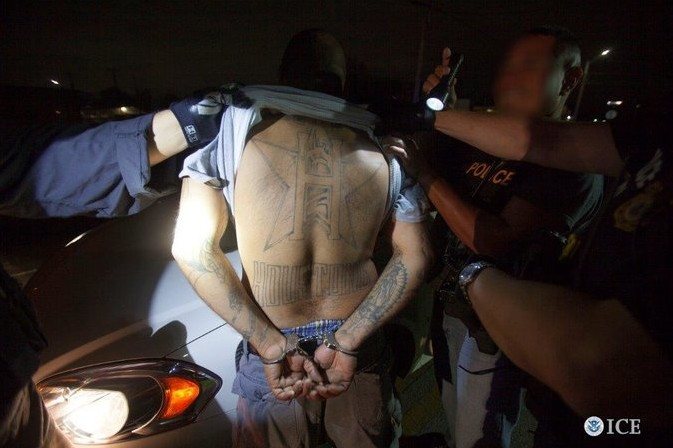 Project Shadowfire, a United States multi-agency effort started in 2005,  has netted 1,100 gang-related arrests in the past couple of months.  The criminals were members of organized crime that traffic guns, drugs, and people across the United States borders…

Those arrested were not small time, petty criminals.  Most of the enforcement work has been done in the area of Los Angeles; San Francisco; Houston; El Paso, Tex.; Atlanta; and San Juan, Puerto Rico.

Of the 1,133 people arrested during the five-week operation, more than 900 were members or associates of gangs, including MS-13, the Sureños, the Norteños, the Bloods and several others based in prisons, the immigration agency said in a statement. There were also arrests along the East Coast. The Newark area had more than 20, while New York City, Boston, Baltimore, Philadelphia and Washington each had more than 10.

The operation was named Project Shadowfire, and was an effort that actually began in 2005 in order to uncover violent gangs.  This article reports that in broad gang sweeps during the last 11 years, more than 40,000 gang members have been arrested and 8,000 firearms have been seized.

In the more recent campaign to crackdown on associates of violent gangs, authorities have worked collectively with both local and state officials, and they have collected 20 kilograms of drugs like marijuana, cocaine, and heroin, as well as cash and weapons.

The majority of arrests by immigration enforcers were American nationals, however, 240 were from Latin America, Asia, Europe, and the Caribbean.

To read this entire article about this massive crime sweep, click on the link below.