As US Strikes, Are New Zealand's Prisons Exploiting Inmates Too? - FreedomUnited.org
Skip to content
Back to Global News 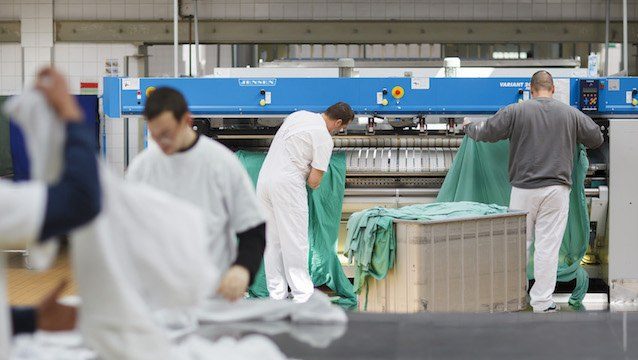 As US Strikes, Are New Zealand's Prisons Exploiting Inmates Too?

Last week, US prisoners began their strike over labor exploitation that many have called modern slavery. Yet as the world turns its attention to conditions in America’s private prison system, some are asking if New Zealand’s own prisons are any different.

Emilie Rākete, who works with New Zealand prisoners’ rights organizations People Against Prisons Aotearoa, explores this question in a new opinion piece in The Spinoff.

“I know for a fact — from long hours talking in cramped visitation cells, from words whispered down prison phone lines, from accounts carefully scratched on prison-issued paper — that every single thing which ignited this wave of American prison strikes is rampant in New Zealand,” she writes.

Furthermore, in the same way that African-Americans are disproportionately imprisoned compared to the general population, the same rings true for the Maori in New Zealand — approximately 1 in 100 Maori are currently sitting in a prison cell at any given moment.

Rākete notes that exploitative prison labor in New Zealand persists because of a loophole:

People Against Prisons Aotearoa used the Official Information Act to inquire into the conditions of prison labour in this country, and what we found shocked even us.

The Department of Corrections argued that “Prisoners are not employed by Corrections. Prisoners engaged in work and receiving an allowance do so outside the statutory framework for employment set out in the Employment Relations Act 2000.”

In this neat act of sophistry, by defining prisoners engaged in work as “not employed”, the department absolves itself of any responsibilities as an employer. The Employment Relations Act is the prevailing barrier between capital and labour that regulates all of our lives as workers.

People Against Prisons Aotearoa probed a little deeper into what this legal loophole meant for incarcerated workers. What we found is that prisoners are given an “allowance” for every hour they work which we are to believe, somehow, is not a wage.

This allowance ranges from an absolute maximum of 60 cents per hour of labour all the way down to nothing at all for prisoners who refuse to participate.

Although the Department of Corrections says that prisoners are not required to work, prisoners who do refuse can face sanctions including possible denial of parole.

Data obtained by People Against Prisons Aotearoa revealed that New Zealand’s prisoners had worked over 10 million hours of this “unprotected, barely-waged, and shakily-legal labour” in the last year alone.

As Rākete concludes, “When the time comes here, when the pressure is too much, when the system buckles under its own contradictions and our own prison labourers stand up — will we stand up with them?”

These jail birds are a burden on society. let them earn their room & board. Why should the honest hard working tax payer be made to pay for their life of leisure.