North Korean Women Sold into Marriage Struggle to Bring Chinese Children ‘Home’ - FreedomUnited.org
This website uses cookies to improve your experience. We'll assume you're ok with this, but you can opt-out if you wish.Accept Read More
Skip to content
Back to Global News 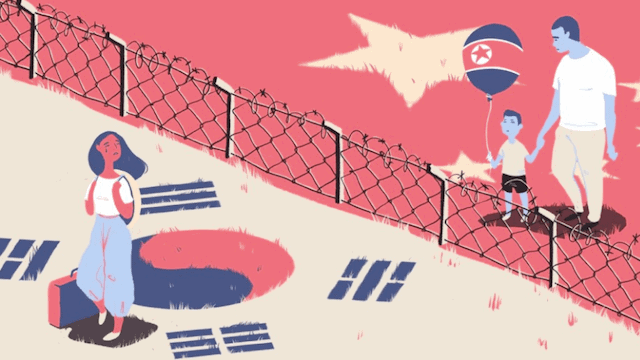 Women fleeing North Korea primarily head to China, but upon making it across the border there lies the danger of human traffickers who attempt to sell them to Chinese men searching for wives.

But the stories of North Korean women sold into marriage become even more complicated if they eventually make it to South Korea — they must endure the torment of leaving behind their children born to their Chinese husbands.

For North Korean defector Choi Ran, ending up in Daegu, South Korea was supposed to be the start of a new life. She escaped starvation in North Korea only to be sold to a Chinese cab driver, who she had a son with China’s Heilongjiang province.

However, as her husband explained, “She had no legal status in China and she may be caught by the police. But she could have residency in South Korea.” China currently treats North Koreans as illegal immigrants and repatriates them if discovered.

Choi thus fled to South Korea, struggling to adapt in a new environment where she faced several educational barriers to getting a job. Still, she began the lengthy paperwork and DNA tests needed to prove her relationship with her son in China and applied for him to have residency.

In the end, Daegu would not be the dream that Choi had hoped for — just three weeks after she was able to bring her husband and son over from China she was murdered by a North Korean defector who she had a relationship with. There have been no reports of her death in South Korean media and police did not tell her husband or son what happened to the killer.

Whether they stay weeks or years, China is an integral familial link between those fleeing and the life they leave behind in North Korea.

No matter which border they cross, they never stop being mothers or sisters or daughters, doing all they can to reforge family bonds – including those with their children in China, volunteers and defectors say.

Choi’s husband, who did not want to be identified, said he bought Choi from a human trafficker nine years ago for 26,000 yuan. He was too old and too poor to find a Chinese wife and she was vulnerable, having crossed the border for a second time from North Korea.

The fortunate defectors may spend only weeks in China before they can take the usual route out to South Korea via Laos and Thailand through paid brokers, or with the help of Christian missionaries or other sympathisers. Once they reach Thailand, they are put in touch with the South Korean embassy for the final stage of the journey. Other North Koreans escape via Mongolia.

But many women end up spending years, or even a lifetime, in China after being sold to men in impoverished areas as wives or even sex slaves, according to rights groups. Language barriers and the threat of being sent back to North Korea prevent them from going on the run.

Eric Foley from Voice of the Martyrs – Korea (VOM), a Christian organisation that helps North Korean defectors, said that despite being sold to the Chinese cab driver, Choi still wanted to have a home with him and their son in South Korea.

“Many of these women strive to bring their children over to South Korea. When they cannot, they will continue to send money back to China and North Korea,” he said.

For now, Choi’s husband and son are largely alone in grieving for her, as rumors that Choi was a prostitute spread among the North Korean defector community.

“None of them showed up in a memorial service we held for her,” said Foley.

Notably, not all North Korean women who flee to China are victims of forced marriage. Some, like 65-year-old Kim Gui-ja fall victim to forced labor at the hands of Chinese employers.

Kim left North Korea in 2010 to work at a fish processing plant in Yanji, Jilin in China, but the plant operator threatened to report her to Chinese immigration authorities if she tried to leave the job.

“I worked hard to clean fish intestines and my workload was equal to three to four workers. The owner is Chinese and grew up in North Korea. He would not let me go,” she said.

After three years of abuse, she fled again for South Korea, fearing that if she stayed in China she would be sent back to a “re-education camp” in North Korea.

But her enslavement in China and resulting escape to the South means she had to abandon her children in North Korea. Over the years, Kim has sent money back to her children, but she is unsure how much longer she can go on, or if she will ever see them again.