Amplifying Voices of Survivors - FreedomUnited.org
This website uses cookies to improve your experience. We'll assume you're ok with this, but you can opt-out if you wish.Accept Read More
Skip to content
Back to Global News 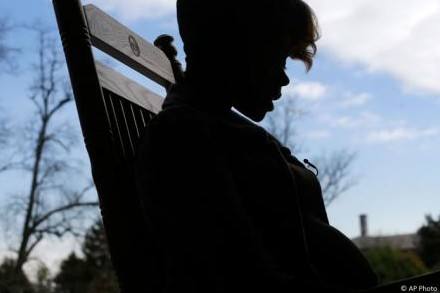 This article is about amplifying voices of survivors.  Human trafficking doesn’t recognize borders.  It is modern day slavery.  And it is a crime that happens around the globe–in both villages and big cities in America.  This month–January–has been proclaimed as National Slavery and Human Trafficking Prevention Month by President Obama…

The President hopes that all Americans will be more aware of this global issue.  The author of this article is Susan Coppedge.  She serves as Ambassador–at-Large in the U.S. Department of States’ Office to Monitor and Combat Trafficking in Persons.  As this awareness month comes to an end, she recognized the great work being done across the U.S. federal government, such as the trainings and awareness activities of our law enforcement partners at the Department of  Homeland Security (DHS) and the Federal Bureau of Investigation, as well as the second Human Trafficking Survivor forum held last week by the Department of Justice’s Office for Victims of Crime, which featured strong participation from many federal agencies.

She also calls for other nations to include ways to allow survivors to have input into anti-trafficking programs within their own governments.  It is a way of amplifying voices of survivors.  She commends our President and the Department of Homeland Security for working to raise awareness.  She talks about her history and her knowledge of trafficking:

As an Assistant United States Attorney in the Northern District of Georgia for 15 years, I saw first-hand how this crime has evolved and how human traffickers use every resource at their disposal to take advantage of individuals and the systems governments have in place. Traffickers often force individuals – as part of their victimization – to commit criminal acts, including prostitution, theft, and illicit drug production and transport.  Not only are these individuals regularly mistaken for criminals, rather than being identified as victims and given access to needed services, but they are often left with criminal records that limit their ability to move beyond their victimization and seek education opportunities, career advancement, and even safe housing.

To read this entire article about amplifying voices of survivors, click on the link below.