Amnesty Slams Qatar for Failed Reforms - FreedomUnited.org
This website uses cookies to improve your experience. We'll assume you're ok with this, but you can opt-out if you wish.Accept Read More
Skip to content
Back to Global News 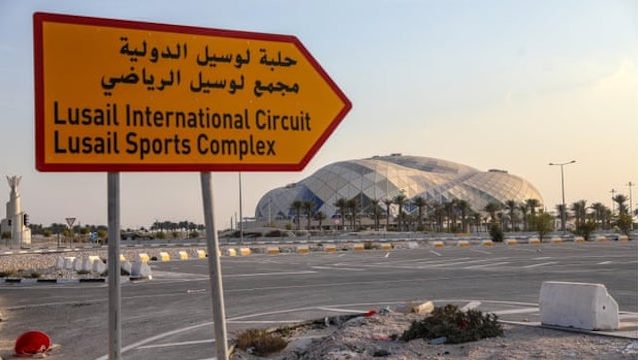 A new report from Amnesty International criticizes Qatar, the host of the 2022 World Cup, for continuing to exploit migrant workers despite promises to reform.

In particular, Amnesty points to a contradiction in the widely reported reforms to the kafala system, the notorious system that binds workers to a single employer — including abusive ones.

Qatar announced that it would no longer require migrant workers to secure an exit permit from their employer before leaving the country — a sign Freedom United welcomed in anticipation of it marking the beginning of the end of the kafala scheme.

Yet Amnesty explains that “Although today most workers no longer need their employers’ permission to leave the country, they still need a ‘non-objection certificate’ from their employer to change jobs in Qatar.”

“Many employers refuse to provide such certificates, and workers are forced to stay until their contracts finish, which can be up to five years.”

The report names an engineering company, Mercury MENA, which it says left almost 80 workers from Nepal, India and the Philippines stranded and unpaid for months in Qatar. Amnesty accuses the company of using the kafala structure – which it describes as Qatar’s notorious sponsorship system that ties employees to a single employer – to exploit scores of migrant workers.

In Nepal, 34 people told Amnesty they were owed on average £1,500 by Mercury MENA, and that the kafala system was used to exploit them. One worker said the company had finally agreed in October 2017 that he could leave to work for another company in Qatar, but that in return for that permission, required under kafala, he had to renounce his claim for unpaid wages.

Last October, Qatar’s government committed to work with the International Labour Organisation (ILO) on wholesale reform of kafala and substantial elements of its labour laws after years of sustained criticism highlighting human rights abuses relating to migrant workers. This month the emir of Qatar issued a law abolishing, for most workers, the power of employers to grant or withhold exit permits, which were used to prevent people from leaving the country.

Amnesty added that workers that do not get permission from their employers to leave their jobs could face arrest.

“Workers who leave their jobs without employer permission can be reported for ‘absconding’, attracting a criminal charge that could lead to arrest and deportation. This is in contravention of international labour laws and standards.”

Still, the ILO says that Qatar has committed to further dismantling the kafala system next year, when workers would be allowed to change jobs freely.

The UN agency has previously praised Qatar for making progress in reforming its labor system, highlighting the government’s adoption of a temporary minimum wage in October 2017, improvements to the health and safety regime, an inspectorate system, and establishing dispute resolution committees to deal with workers’ complaints.