Albanian Gangs Linked to Trafficking Surge - FreedomUnited.org
This website uses cookies to improve your experience. We'll assume you're ok with this, but you can opt-out if you wish.Accept Read More
Skip to content
Back to Global News 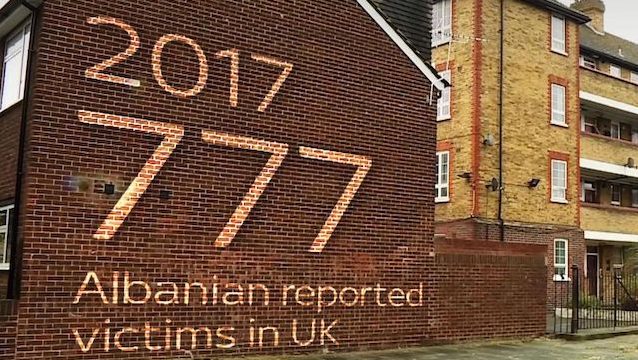 Sophisticated Albanian gangs are being linked to the surge in trafficking victims brought to the UK.

Statistics from the National Crime Agency reveal that there has been a 35% increase in the number of foreign trafficking victims in the past year. The majority are from Albania.

“Albanian organised criminal gangs are operating at the higher end of sophistication and are certainly operating in the UK as they do within several other countries in western Europe,” explained NCA deputy director Tom Dowdall.

“They are what we call ‘poly-criminals’ as well, so not only are they involved in organised immigration crime and trafficking but also in drug smuggling, firearms trafficking and often violent and serious organised crime.”

Sky News met with 15 victims at a shelter in Vlore, Albania to hear their stories:

Beaten while pregnant, locked up and raped by multiple men – their stories are horrific.

Besjana was in her early twenties when she fell pregnant.

After fleeing her home she ended up in the hands of one of Albania’s trafficking gangs in Italy and was forced to work unpaid as a prostitute in the UK for 18 months.

She did manage to get away – but others end up being sold from gang to gang across Europe and increasingly into the UK.

Both the US and UK have reported that poverty ad corruption in Albania are fuelling human trafficking.

Albania’s deputy interior minister, Rovena Voda, admitted that corruption remains a problem, but stressed that victims could trust the government.

“We are under the process of vetting the police so that we will have this pure triangle – police, prosecution and courts – vetting of them all – because sometimes victims of trafficking fear police are corrupt and exchange information with criminals and their life will be at a big risk,” she said.

“Victims can trust us. They can trust Albanian institutions. We are here to help them. My door is open for every one of them.”