Airports Can Help Combat Human Trafficking - FreedomUnited.org
This website uses cookies to improve your experience. We'll assume you're ok with this, but you can opt-out if you wish.Accept Read More
Skip to content
Back to Global News 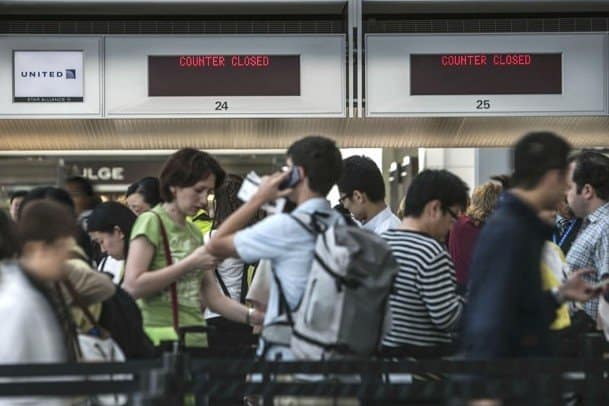 Airports can help combat human trafficking. A couple of weeks ago, 200 SFO employees attended a special training regarding how to identify victims of trafficking and how to react if they think someone is in need of help…

Again the Bay Area will host the Super Bowl as it did 30 years ago.  Authorities get prepared, because when large sporting events come to town so do human traffickers. Doug Yakel is  a press officer at SFO.  He says, “We hear from our experts in this subject matter that major sporting evens can trigger an uptick in trafficking. Not only in sex trafficking, but labor trafficking. But it’s very clear this is something that’s not new to our doorstep because of the Super Bowl.

Not only is that true, but it’s true that airports can help combat the problem.  The Bay Area Anti-Trafficking Coalition has a blog post…the Super Bowl is a high visibility opportunity to raise awareness about trafficking. Since 2012, the group has worked with SFO to organize these workshops for airport employees.  Their effort are the first trainings of this kind. This years pre-Super Bowl training is also their initiative.  This article explains:

The Bay Area may be better known for its startup unicorns, but the region’sskyrocketing affluence and booming tourism industry have also made it anational center for traffickers and their victims. A 2015 report commissioned by the mayor’s anti-trafficking task force found the region to be “a hub for human trafficking and a hot spot for child sex trafficking”; the FBI has also found it to be one of 13 national “high intensity” areas for child sex trafficking crimes. Nineteen local agencies identified 291 victims of trafficking in the second half of 2014 alone. More than half of the victims were younger than 18. These figures are, really, just estimates: The majority of trafficking crimes go unreported and unprosecuted. The number of Bay Area victims of trafficking is probably much higher.

To read the entire article, click on the link at the bottom of this page.