Over 600 Indian Workers Stranded in Qatar Despite Labor Reforms - FreedomUnited.org
This website uses cookies to improve your experience. We'll assume you're ok with this, but you can opt-out if you wish.Accept Read More
Skip to content
Back to Global News 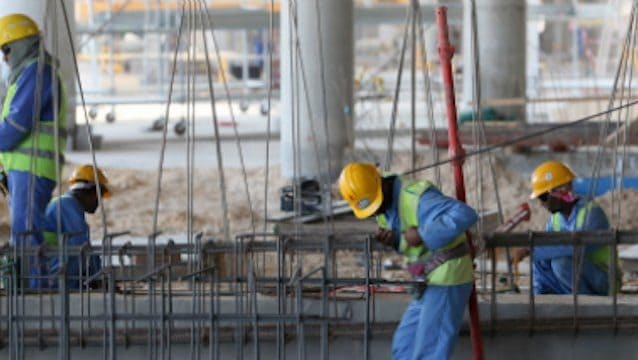 Over 600 Indian Workers Stranded in Qatar Despite Labor Reforms

Qatar has embarked on major labor reforms for migrant workers in the country, but a case involving over 600 stranded Indian workers reveals that labor exploitation persists.

The workers were employed by Hamad Bin Khalid Hamad (HKH) WLL, a company owned by the Qatari royal family, and they say that they were recruited by a recognized agency and initially paid a proper salary. However, their work permits have now expired and their employer won’t renew them.

The First Post explains that these men cannot fly home even if they wanted to:

“My card expired two months ago. The company which has left us in a lurch for the last four months has failed to renew our cards. It’s not only about our cards, for the last five months, the company has not paid us our salaries as well. We are forced to struggle and even managing our daily meals have become difficult,” said Mohammed Aslam.

Aslam has fallen seriously ill but cannot visit a hospital for treatment as he doesn’t possess a valid labour card.

Apart from the 650 Indian workers, there are at least 500 more labourers from other Asian countries working in Doha. They have been living in the Gulf country without food, water and power supply. They have approached embassy authorities for help, but their requests have yielded no results till now. Even if these workers want to fly home, the lack of No Objection Certificates (NOCs), end of service benefits and air tickets keep them stranded.

After significant international pressure to reform its migrant labor system, including from the ILO and the International Trade Union Confederation (ITUC), Qatar promised to do away with its kafala system likened to bonded labor and institute new labor reforms. Sources say the ILO’s new office in Doha is aware of their case.

Speak up for victims of forced labor in Qatar.

Some observers believe part of the problem stems from HKH’s ties to the Qatari royal family, making it risky to file a complaint.

S. Rao, one of the stranded men, explained that “When we approached the labour department, they assured that they will mediate and resolve the issue. However, they kept on changing dates. They frightened us by saying that filing a case will worsen the situation.”

One Indian social worker in Doha says they are helping the men as they try to find a solution. “Whatever the reason may be, the workers hired by HKH are struggling. We are supplying them with food and water. We are also in touch with various labour departments to find a solution.”

Join our campaign to end forced labor in Qatar.