The Dirty Secret of Taiwan’s Fishing Industry - FreedomUnited.org
Skip to content
Back to Global News 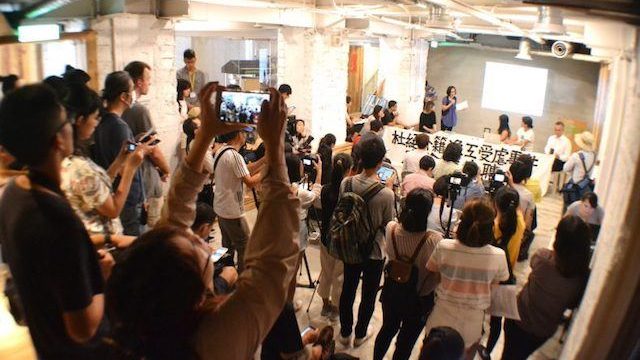 An increasing number of reports on human trafficking aboard Taiwanese-flagged fishing vessels have come out in recent years, documenting abuses including garnished and unpaid wages, confiscated identification, verbal abuse, and beatings.

On top of this, vessel owners are known to employ shady tactics to escape detection, using flags of convenience, not registering vessels, and turning off transponders. For Taiwan, often portrayed as a symbol of progressivism in Asia, the scale of abuses under its flag are startling.

One of the primary problems lies in the legal system. In 2017, Taiwan passed the Labor Standards Act, a measure meant to address labor violations that fall within Taiwan’s jurisdiction. However, several years earlier Taiwan’s legislature voted that distant fishing vessels — those infamous for trafficking — do not fall under Taiwanese jurisdiction.

The exploitation and abuses happening aboard Taiwanese fishing vessels are not unique. The reports in recent years reflect a systemic problem within the global fishing industry. What makes the Taiwanese issue more interesting is the disproportionate rate in which its fishing vessels seem to appear in stories of abuse.

“Time and again [Taiwanese fishing vessels appeared] in lots of different places: The coast of Africa, South America, the Philippines, elsewhere — I was encountering workers who had experienced pretty egregious conditions on long haul fishing ships, and Taiwanese tuna longliners seem disproportionately represented in those stories that I was hearing,” said Ian Urbina.

The high rates of abuse in the reports from Environmental Justice Foundation and Urbina are substantiated by Allison Lee, secretary of the Yilan Migrant Fishermen’s Union, based in Taiwan’s Yilan County. She pointed out that the severity of abuse and violence varies depending on the type of work.

Since the beginning of this year, several NGOs came together to form a coalition called Human Rights for Migrant Fishers to determine how to address the lack of enforcement of the Labor Standards Act of 2017. The biggest problem they have found is that agencies do not enforce cases retroactively.

The majority of migrant workers aboard Taiwanese ships are from Indonesia and the Philippines, where they are recruited by local agents with ties to Taiwanese brokers. The men have to pay recruitment fees and often have to hand over their passports and Alien Residency Cards to the brokers as well, making it difficult to escape from an abusive employer.

Many NGOs allege that lawmakers want to push distant water fishing — even that done by a Taiwanese-flagged vessel — to be out of Taiwan’s jurisdiction and legal code completely even if they are registered vessels. Furthermore, the Yilan Migrant Fishermen’s Union says that courts tend to rule against migrant workers who file labor complaints, arguing that they are receiving higher salaries in Taiwan than their home country, downplaying labor abuses and beatings.

The coalition says progress in reforming the system is slow, but evident.

“As local NGOs, we’re trying to help the government,” said Yi Chiao Lee, Greenpeace’s Ocean Campaign project leader. “But the government has more power than we do. Whenever we bring a message or case to the government they need to take it seriously and help.”

I have been in Taiwan where I talked to these fishermen myself for my master thesis. They often have to work for 14 hours per day, 7 days a week. When their visa exposes, employers tend to drive them to the airport without payment. Every migrant who flees from an employer is immediately recognized as an illegal alien, even in case of forced prostitution and sexual abuse. Migration started in the 90s, policy efforts are really slow.