5K in a Wedding Dress to Help Trafficking Survivors - FreedomUnited.org
This website uses cookies to improve your experience. We'll assume you're ok with this, but you can opt-out if you wish.Accept Read More
Skip to content
Back to Global News 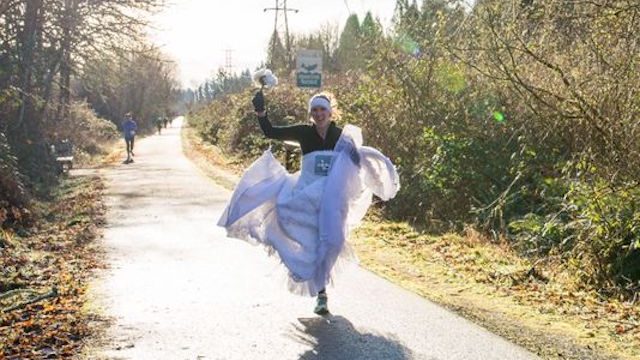 5K in a Wedding Dress to Help Trafficking Survivors

A new 5K run in Oregon, billed as “The Fanciest 5K,” is setting out to raise awareness of sex trafficking and help survivors — all while wearing wedding dresses.

Angela Watts, the woman behind “The Fanciest 5K,” says she was inspired by about Dressember, an annual challenge to raise money and awareness about human trafficking where people are challenged to wear either a dress or tie for the 31 days of December.

Sex trafficking a “prolific” problem in the area according to Cpl. Gerrit Roelof, a detective with the Salem Police Department.

Watts says she only learned of the scope of human trafficking four years ago.

“I didn’t really know what it was,” she said. “I want to be part of the solution instead of part of perpetuating the problem.”

It started as an idea — a fun run in Salem benefiting survivors of human trafficking.

Inquiries started flooding in and, before long, Watts gathered the support ofenough local businesses to cover the cost of The Fanciest 5K. Ever. That means proceeds from registration will go directly toward survivors of human trafficking.

Watts explained that proceeds from the run will go to local non-profit Safety Compass, which helps survivors of commercial sexual exploitation and sex trafficking in the Willamette Valley.

Run organizers say everyone is welcome to register and join the race.

“I had that moment where I was like, my whole life has been leading up to this,” Watts said.

“I hope even if someone came for the fun of the run, they would leave with having learned about the issue.”

Angela Watts You are an inspiration, I applaud your civic mindedness and for such a worthy cause, you are to be congratulated.