Tell Wendy's to get with the program and ensure slavery is not in its tomato supply chain
This website uses cookies to improve your experience. We'll assume you're ok with this, but you can opt-out if you wish.Accept Read More
Skip to content
Prev Campaign
Next Campaign 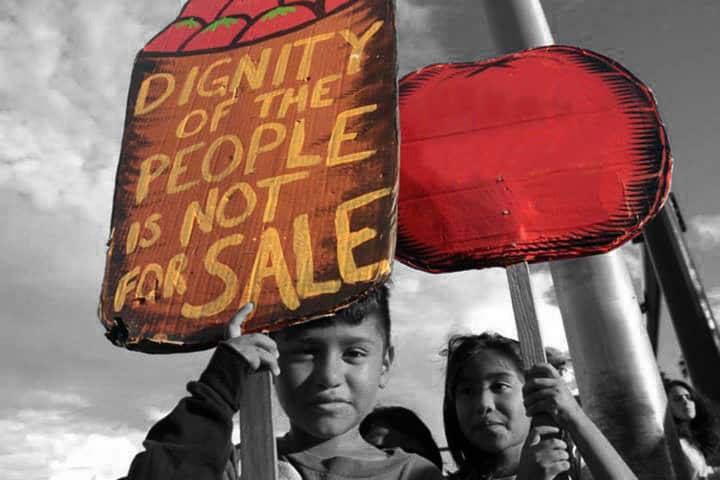 “Antonio Martinez stood in the hot sun, exhausted from a cross-country journey, and waited. Just 21 years old, he had travelled from Mexico to the U.S. with the promise of a well-paid construction job in California. But now he stood in a field in central Florida, listening to one man pay another man $500 to own him.”1

Just a few years ago, stories like Antonio’s were frighteningly common. The situation in the U.S. tomato industry was so bad that one federal prosecutor called Florida “Ground-zero for modern slavery” but now we’re on the verge of eliminating slavery in Florida’s tomato fields.

That’s because the Fair Food Program has made historic progress in tackling forced labor and exploitation on Florida’s tomato farms. A massive 90% of growers have already joined the Fair Food Program, an initiative with a proven track record in fighting modern slavery. And four of the five biggest U.S. fast food giants have signed the Fair Food Agreement, investing in the fight for a slavery-free agricultural industry.

But one company stands in the way of progress: Wendy’s2 refuses to join the Fair Food Program to ensure slavery is not in its supply chain. If Wendy’s follows the lead of McDonald’s, Subway, Burger King and Taco Bell, their immense purchasing power could help bring the last 10% of farms to the table and ensure the tomato industry never sees another case of modern slavery.

This Campaign made an impact with 35,877 supporters!