Qatar: act now to protect Krishna and Ghimire - FreedomUnited.org
This website uses cookies to improve your experience. We'll assume you're ok with this, but you can opt-out if you wish.Accept Read More
Skip to content
Prev Campaign
Next Campaign 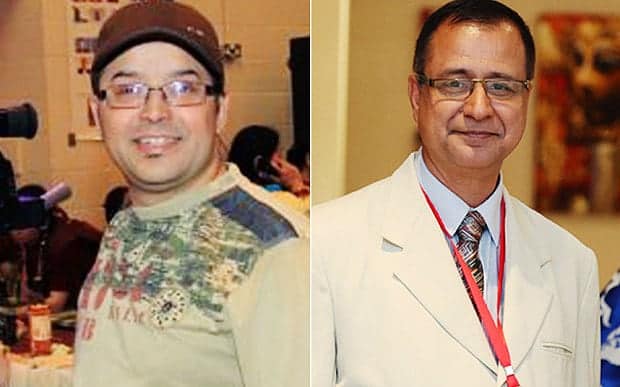 “I am being followed by the police here. Looks like they will give me troubles now.”1

This is one of the ominous final messages Krishna Upadhyaya sent before he and his colleague Ghimire Gundev disappeared in Qatar.

Krishna and Ghimire are British campaigners, working in Qatar on behalf of the Norwegian human rights organisation Global Network for Rights and Development (GNRD). They had been researching the plight of migrant laborers constructing facilities for Qatar’s 2022 World Cup, conducting interviews with Nepali laborers and investigating the terrible working conditions.

Then they vanished. Krishna was last in touch with a friend who has since said: “He was feeling unsafe to leave the hotel premises and according to him there were many police, most likely undercover ones, coming in very close to him every time he spoke to anyone on the phone. He expressed that he felt very insecure about what might happen when he left the hotel for the airport.”2

For nearly a week, there was no word from Krishna and Ghimire. Then this message from Krishna to his family, via British consular staff who visited the men, was released: “I am well, I have been well looked after and I will be home soon. We have been arrested due to problems with our paperwork”.3

This is good news but while the Qatari authorities admit to detaining them, the exact details of what happened remain unclear.4 Activists around the world are still calling for their prompt release.

Take action now: call for the immediate safe return of Krishna and Ghimire by sending an email straight to the Qatari Minister of State for Interior Affairs, who is also Prime Minister.

This Campaign made an impact with 42,595 supporters!