The World Bank is an institution that provides loans for developing countries. Right now it is providing almost $500 million to Uzbek agriculture projects. Yet Uzbekistan’s cotton industry has historically relied upon state-sanctioned forced labor.

Whilst we have seen progress in Uzbekistan following the Uzbek Prime Minister’s announcement in September 2017 that the mobilization of students, teachers and healthcare workers would be halted “forever”, an estimated 336,000 people were forced to pick cotton during that harvest according to the UN’s International Labour Organization. So why has the World Bank not taken action?

The 2018 harvest is now finished and as we wait for the overall picture to emerge, cases of exploitation have come to our attention. Civil society monitors have reported teachers and healthcare professionals coerced into collecting cotton during the harvest. In December 2018, the tragic death of 24-year-old Sohibjon Mutalibov brought to light that his employer, Uzbek-Spanish company Ammofos-Maxam, forcibly sent their workers to the fields in last year’s harvest.

Yet despite two years of documented proof showing forced labor continues on World Bank project sites, particularly in the poor and vulnerable region of Karakalpakstan, the World Bank has not suspended its loans.

Send a message to the World Bank President David Malpass now that the Bank must cease these loans to support state-administered forced labor in Uzbekistan!

Watch the video to learn more about Sohibjon’s death:

Of late, you are asking for donations after every petition is signed. I would like to contribute to worthy causes, but I do not know how the money I donate is being used. I request that you publish in your website the salaries and bonuses being paid to all members of your team along with expenses every year.. This transparency will definitely get you more donors. I have read that many organisations are giving their founders and CEOs huge salaries and bonuses and very little of the donation is us

We’re happy to provide our information. An email is headed your way. You can learn more about our finances ​here ​(http://www.guidestar.org/profile/47-1249214).

This is a very legitimate expectation. This is one of the reasons I have never donated. Because I do not have the time to go searching on the internet for every such organizations financial reports to verify how the money is being used.

This is extremely hard work. the cotton burrs tear our fingers, carrying the load of cotton is a strain on a back that is already in serious pain from bending over for 8 hrs or more a day. I know. I grew up on a cotton farm.

Why would ANYONE EVER BELIEVE ANYTHING BANKS SAY?

For too long the World Bank has aided and abetted programs that exploit workers in developing countries and has forced governments to continue the exploitation of workers, force them to work in unhealthy and dangerous settings and to suppress unions that are dedicated to overcoming these problems. There needs to be an international movement that works to outlaw the exploitation of all workers, and to protect their human rights. (as in the International Declaration of Human Rights )

The World Bank purports to be supporting countries globally, but is essentially supporting the wealthy, if only by ignoring serious breaches of humane treatment of workers.
It gives out financial loans to countries but demands austerity, which has the opposite effect of helping the citizens of that country. Anyone can see that when people are enabled to afford a decent lifestyle, the outcome serves to unify and install community thinking. Austerity causes division.

Uzbekistan’s cotton harvest has recently finished. I am concerned that despite the pledge made by Uzbekistan’s President in 2017, and during that harvest the ILO found that 336,000 citizens were forced into the fields but that the World Bank failed to suspend its loans benefiting the Uzbek cotton sector.

I am asking you to suspend the South Karakalpakstan Water Resources Management Improvement project and other agriculture investments in Uzbekistan that benefit the cotton sector until the systematic forced labor has verifiably ended.  I ask this knowing that you have failed to take action despite receiving over 136,109 petition signatures asking just that in March 2016, and despite credible reports from the Uzbek German Forum for Human Rights and Human Rights Watch extensively documenting ongoing forced labor on the South Karakalpakstan project area and throughout the cotton sector in violation of its agreement with the World Bank to enforce prohibitions on forced and child labor within the Bank’s project area.

Please act now by suspending loans that benefit the Uzbek cotton sector to ensure the World Bank is no longer perpetuating modern slavery. 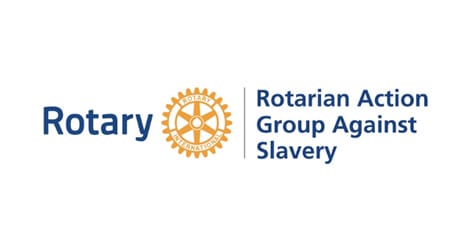