The scars of persecution: My personal journey - FreedomUnited.org
This website uses cookies to improve your experience. We'll assume you're ok with this, but you can opt-out if you wish.Accept Read More
Skip to content
Back to Global News 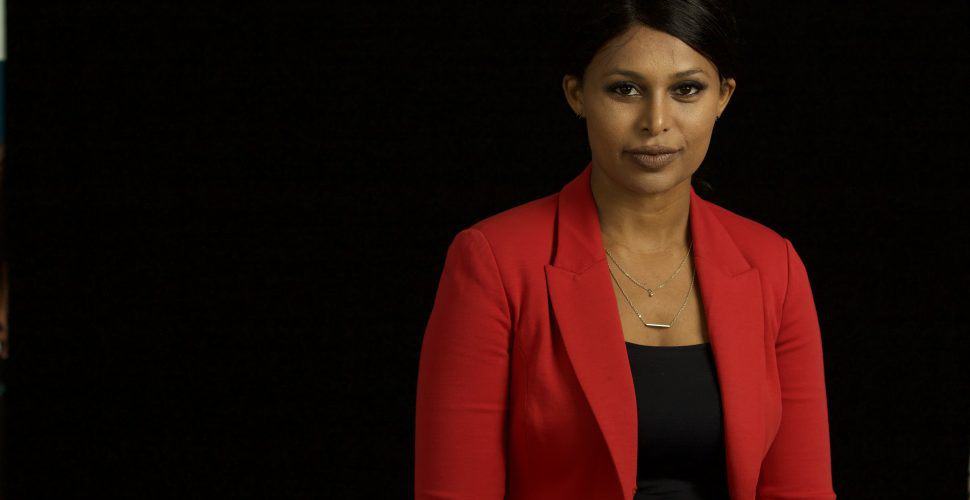 The scars of persecution: My personal journey

Fiori Giovanni was born in Eritrea and escaped an arranged childhood marriage at just 12 years old. At 15, she fled the Eritrean army and made a harrowing journey across Libya and the Mediterranean sea, alone. This is her story:

Modern slavery is a 21st-century evil that is a daily reality for millions of people around the world. For those currently enslaved, it’s a life full of terror, pain, suffering and hopelessness. And those who escape, face a long internal struggle to heal from the grief and trauma that is always present in our lives.

During my childhood in Eritrea, I was an enthusiastic girl, filled with questions and a passion for learning. I wanted more than anything to have a positive impact on the world. Then war came. At 15, I escaped Eritrea and the potential danger I could have been in because of the war and fled my homeland — alone.

After some time in Sudan, in early 2002 I made it to Libya through the Libya desert — the only way that I knew that didn’t require legal papers or lots of money. However, things quickly got worse. Many Libyans did not hide their hatred for my ethnic background. I was regularly insulted, threatened and made to feel less than human. People glared, cursed, hissed, swore and grunted at me.

Eventually, I escaped Libya too and crossed the Mediterranean into Italy. There were 15 males and three females packed into the tiny inflatable boat. After 16 hours at sea, it became clear that we were lost. We turned off the engine to conserve petrol and drifted aimlessly. We watched and waited for other boats. The hours passed and our supplies dwindled.

Then, just as I had accepted my inevitable death, we spotted an Italian Coastguard boat, and then a plane overhead. They were taking pictures of us to ensure we were not a threat. We waved and celebrated with joy, but once they realised we had no weapons, that we weren’t an enemy, the plane flew away and the coastguard boat turned back. We tried to block the coastguard with our boat and begged them to take us aboard. They initially told us to go away but after we kept blocking them, they eventually relented. Thankfully, they could not condemn other human beings to death.

My younger brother was not as fortunate. Attempting the same journey in 2007, he called me from the middle of the ocean asking for help. The Italian coastguard took a picture of them like they did with me. They even posted it online, stating that 54 refugees were trying to cross to Italy — but they did nothing to save them. They left them stranded in the middle of the sea. As a result, his boat vanished and my brother was never found.

Today, he is a statistic. These numbers are endlessly recited at meetings and in the media. But he was a person. He had hopes and dreams. He loved and was loved. And I still grieve for him now. He has an 11-year-old daughter today who he has never met.

I believe the enslaved people in Libya today are wondering ‘why is the world watching and doing nothing about it?’ When we see something and say nothing, we are as bad as the people who are committing the crime. It is time, not only for crimes against humanity to be codified but for human rights to be followed to the letter. I hope people stop obsessing over what Kim Kardashian is wearing and focus more on what is happening around the world and more importantly what each and every one of us could do about it. As human beings, we have an obligation to look out for one another. We should not only talk about human rights but walk the walk on human rights.

This is why the work of Freedom United is so important. We must take every opportunity to remind people that victims of slavery and persecution are not just numbers and statistics. They are much, much more than that. We are more than that.

We are human beings. We feel terror and despair. We laugh and we cry. We have dreams for our futures, and we have hopes for our children. We want to live in peace. We want to build a future. And we grieve for those who are left behind.

This is how we demonstrate that the experiences I, and many others, have gone through are unacceptable.

This is how we honour those who did not make it.

This is how we save those who are still suffering.

This is how we change the world.

Slave markets are flourishing in Libya, putting thousands of migrants and refugees at risk of enslavement every year. Freedom United is currently campaigning to elevate survivor voices through their “My Story, My Dignity” campaign, as well as advocating for an end to modern slavery conditions in Libya.

Fiori Giovanni is a keynote speaker, author and executive coach. She helps her clients take back control of their lives to initiate positive change and build capability, clarity and focus. Giovanni was born in Eritrea and escaped an arranged childhood marriage at just 12 years old. At 15, she fled the Eritrean army and made a harrowing Mediterranean crossing alone. After finding refuge in Italy, her journey led to Belgium and then Australia where she has built a successful career as an executive coach, speaker and continues to dedicate herself to helping others overcome their challenges in order to live a life of their choosing. www.fiorigiovanni.com

We broadcast to the world how free we are. Should we be so surprised then when persecuted people want to come here? If we don’t want them here, we should shut our mouths and stop our braggadocio.