Why my experience proves we need to end forced child marriage

Forced child marriage in the U.S.: In the U.S. there are only four states, at the time of writing, that completely ban underage marriages. Most states have a minimum age of 18 but allow loopholes like parental consent for under 18s, (some with no statutory minimum age) that can leave girls in particular, vulnerable to being coerced into marriage. A minor may not recognize their marriage as forced until many years later, despite clear indicators such as a child being subjected to control, a sense of ‘ownership’ through abuse and threats including non-consensual sexual activity , and even the threat of death if they leave the marriage, in the form of so-called “honor” killings. That is why we are calling on every state and country to raise their minimum age of marriage to the age of 18.

My name is Fatemah and I am a survivor advocate working against forced child marriage.

From the time I was in the second grade, I knew I wanted to help people heal, therefore I worked so hard to maintain straight A’s. My goal was to become a doctor and all I did was study.

One day my father came to me after my 15th birthday and announced that I will be getting engaged to my cousin. I felt a flush of heat run through my body, and my brain was racing so my words did not come outright. I was overload with emotions and it caused me to shut down and cower.

I managed to say:

My father’s reply was stern and emotionless.:

At that very moment, I just retreated. My siblings and my family were celebrating my birthday and eating the cake that was meant for me. In that moment, my whole future shattered in an instant.

Happy Birthday to me. That still has an impact on me now. I cringe around my birthday, almost resenting it.

Soon after I found out I was getting married, everything started moving so quickly. I wasn’t cooperative at all, so my father decided to show me how serious he was by taking the one thing that meant everything to me. He pulled me out of school.

He took my dream away and shattered my very existence. I knew in my heart of hearts that was my destiny. I don’t know why God allowed this to happen to me. I became depressed, trapped in this prison in which the walls were getting tighter.

Despite all my efforts to notify the state that I was pulled out of school at 15, my parents had a plan. My parents were well organized to make my marriage happen. Truant officers showed up where I lived, and my mom and dad politely stated to the officer that their daughter was married and left overseas. They had documentation and a false plane ticket to prove that I had left. Once again, my hope was destroyed.

At this point, my parents needed to speed up the process so they applied for my marriage license, so rather than wait until I became of consenting age, they went to get a New York judge to sign off.  We lived in New York, and you were able to marry at the age of 14 with paternal and judicial consent.

Can you imagine that? My life was not mine, and I was tossed around through the system to completely jail me, and this time by a judge, which he signed away my life to my cousin. I was officially given permission to get married to a total stranger. That day was probably one of the worst days of my childhood. Yes, childhood, I was a teenager whose youth was taken away.

The system failed to protect me and continues to fail to protect young girls from forced marriage every day. I am lucky to have been able to escape my marriage, but many young girls never get to leave. We need to make we are protecting our young girls from modern slavery and that starts with increasing the age of marriage to 18.

That is why I am sharing my story and urging New York State to finish their job to end forced child marriage by passing legislation that would increase the age of marriage to 18.

The law should also require the child’s consent! And a separate hearing where the child is allowed to speak freely to the Judge without parents around. 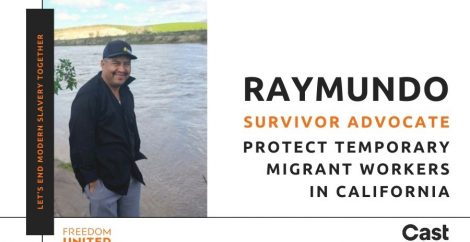 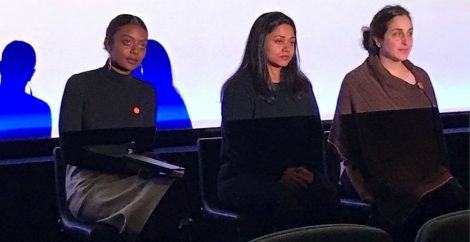