Yemeni Child Bride Dies After Marriage - FreedomUnited.org
This website uses cookies to improve your experience. We'll assume you're ok with this, but you can opt-out if you wish.Accept Read More
Skip to content
Back to Global News 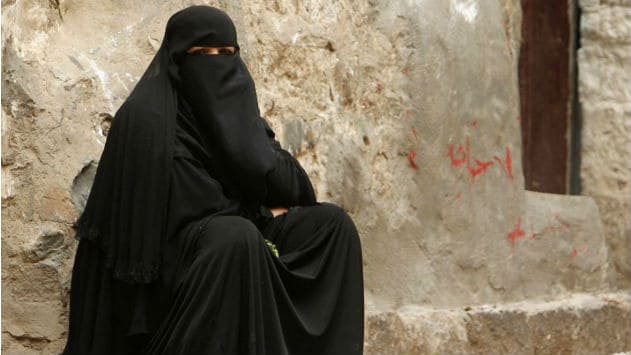 In Yemeni, a 13-year-old girl named Elham died of internal injuries just four days after her arranged marriage to a man nearly twice her age, reported a human rights group…

During the wedding, the bride’s brother married the groom’s sister in order to avoid having to pay expensive bride-prices.  Sigrid Kaag, with UNICEF, said  that the United Nations child agency was ‘dismayed by the death of yet another child bride in Yemen. Elham is a martyr of abuse of children’s lives in Yemen and a clear example of what is justified by the lack of limits on the age of marriage.’

Marrying young girls is a common practice among Yemeni men.  It has drawn the disapproval of international rights groups that is pressuring governments to stop child marriages. Legislation can make it illegal for those under the age of 17 to marry, but it is opposed by some of Yemen’s most influential Islamic leaders. The country is very impoverished which plays a big role in combating the practice.  Many families need money so badly that they can not refuse bride fees of hundreds of dollars for their girls.

More than a quarter of Yemen’s females marry before age 15, according to a report last year by the Social Affairs Ministry. Tribal custom also plays a role, including the belief that a young bride can be shaped into an obedient wife, bear more children and be kept away from temptation. Last month, a group of the country’s highest Islamic authorities declared those supporting a ban on child marriages to be apostates. A February 2009 law set the minimum age for marriage at 17, but it was repealed and sent back to parliament’s constitutional committee for review after some politicians called it un-Islamic. The committee is expected to make a final decision on the legislation this month. Some of the clerics who signed the decree against a ban sit on the committee.

The effort is further frustrated by the government’s unwillingness to stand up to the clerics and other conservative tribal officials, because their support is important to their fragile hold on power.

The issue of Yemen’s child brides got widespread attention three years ago when an eight-year-old girl boldly went by herself to a courtroom and demanded a judge dissolve her marriage to a man in his 30s.  She eventually won a divorce, and legislators began looking at ways to curb the practice.

This past September, a 12-year-old Yemeni child-bride died after three days in labor.

This was 4 yrs ago what has happened ?