Burmese Slaves Wait 8 months for Justice - FreedomUnited.org
This website uses cookies to improve your experience. We'll assume you're ok with this, but you can opt-out if you wish.Accept Read More
Skip to content
Back to Global News 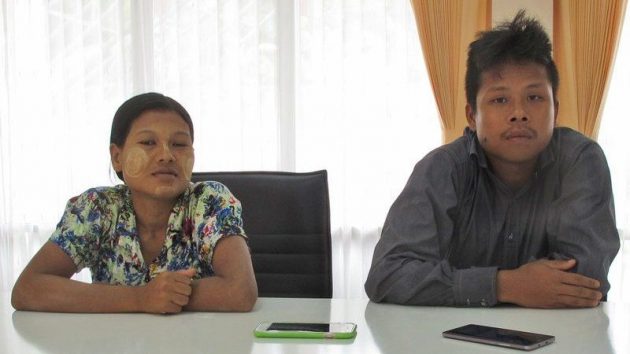 Burmese slaves wait for justice.  Eight months ago, Tin Nyo Win, a migrant worker, tried to do the right thing: free his pregnant wife from slavery inside a Thai shrimp peeling shed by calling for police to raid the business, the Gig Peeling Factory.  Nearly 100 Burmese laborers, adults and children were freed…

They ended up in jail and then they were held inside a government shelter.  And that’s were they and a few other workers still are today.  They just want to testify and return home.   Yet their employers are free. “I feel like I’ve been victimized three times. Once in the shrimp shed, the second time in … jail and now again in the shelter,” Tin Nyo Win said during a phone call.  Even prisoners know how many years or months they will be in prison, but we don’t know anything about how many years or months we’ll be stuck here.  It’s worse than prison.”

On Thursday, Thailand was lifted off the U.S. State Department’s blacklist, where it had been listed for the past two years as one of the world’s worst human trafficking offenders alongside North Korea, Syria, Iran and others. Some activists saw the upgrade as a political move by Washington to appease an ally, and 21 labor, anti-trafficking and environmental groups expressed their disappointment in an open letter to Secretary of State John Kerry.  The Thai government lobbied hard ahead of the announcement, saying new laws have been passed to help protect victims. The government also said that 241 human traffickers were sentenced in 2015, and 34 officials are facing prosecution for involvement or complicity in the trade. But critics say low-level people or brokers from other countries are typically the ones jailed instead of Thai business owners, corrupt police or high-ranking officials.

Phil Roberstson of Human Rights Watch, says, “Debt bondage for migrants is still the norm, and police abuse and extortion happens on a daily basis all over the country. While it’s good that prosecutions are going up, the reality is that we’re still talking about the tip of the iceberg here.”

Thailand has been pressured internationally to resolve its $7 billion annual seafood export industry. An Associated Press investigation last year uncovered a slave island with migrant fishermen locked in a cage and buried under fake Thai names. That report helped to free more than 2,000 men.

The investigation which also focused on the Gig Peeling shed where Tin Nyo Win and his wife, Mi San, were forced to work tearing the guts, heads, and tails off the shrimp. They worked 16 hours a day. Much of that seafood ended up at Red Lobster, Whole Foods, Wal-Mart and other large U.S. supermarkets. Now many of those companies are taking steps to prevent labor abuses.