Basics of Modern-day Slavery - FreedomUnited.org
This website uses cookies to improve your experience. We'll assume you're ok with this, but you can opt-out if you wish.Accept Read More
Skip to content
Back to Global News 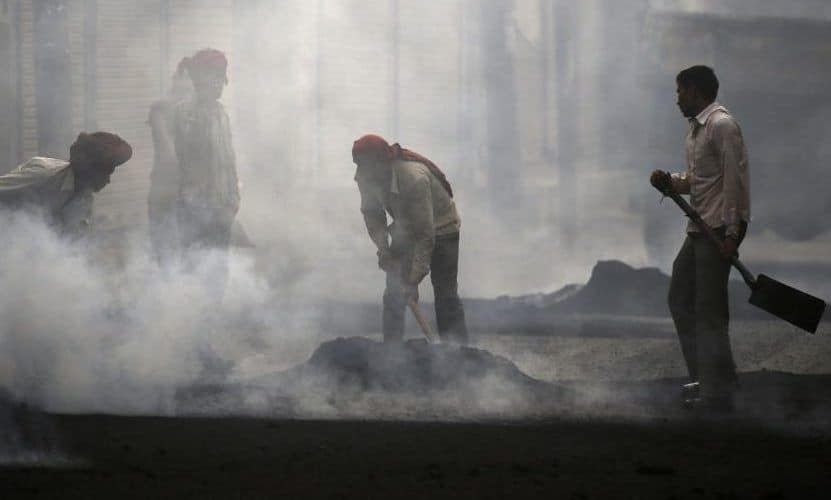 If you are just starting to understand the basics of modern-day slavery, this article may give you some insight…

How many are enslaved?

Nearly 46 million people are living in some kind of bondage around the world. The most common form is debt bondage.  That is when workers are connected to a never-ending or ever-growing debt.  They work long hours for no pay that they can take home. For example, in the shrimping businesses, workers are actually kidnapped and forced to work boats or processing plants, where they can not escape.

Sex slavery is also prevalent, with millions of women and girls sold into forced prostitution.

By far, India has the largest number of enslaved people.  The recent Global Slavery Index, indicates that 18 million are living in debt bondage or forced labor in India. The other countries with the most slaves are China, Pakistan, Bangladesh, and Uzbekistan. We–without knowing–may use many products made by slaves, including seafood from Thailand, clothing from South Asian sweatshops, and smartphones fashioned from minerals from Congolese mines. Siddharth Kara is a program director on human trafficking at Harvard’s Kennedy School of Government.  She explained that products made by slaves “touch almost every aspect of the global economy, including frozen fish, tea, coffee, rice, wheat, diamonds, hand-woven carpets, salt, cigarettes, and sporting goods.”

How do people become slaves?

Bonded labor generally begins with a simple debt. Haresh, from West Bengal, India, borrowed a little more than $100 from a nearby landowner in his village 20 years ago in order to marry his wife, Sarika. Some repayment arrangements involve a fixed term of labor, say seven years, but others, like Haresh’s, accrue interest at extortionate rates, and the laborer can never pay it off. “My entire family is still in debt to the landowner.” Haresh explained his situation:  “Sarika and I work in the fields; my sons and their wives work at the brick kilns. One day my grandchildren will work for the landowner. We will only be free when we die.”

What work do slaves do?

In India, bonded labors work in the textile industry, farming, and manufacturing, but perhaps the most egregious form is in brick making.

India’s caste system has created a huge labor pool of ethnic minorities and Dalits — the lowest, or untouchable, caste — who can’t find legitimate jobs. These people are fodder for the quarry and brick kiln operators. It’s brutal work: Laborers squat all day in mud, carving out bricks, while others heave the bricks into blazing kilns. They must live on-site, paying their employers for food and rent, but since they aren’t paid enough to cover those expenses, they are trapped in endless bondage. Their children work, too, breaking coal for the kiln fires, and when the parents die, the kids inherit the ever-growing family debt.

How many children are held in slavery?

Nobody knows for sure, but in India alone the total is in the millions. In addition to working in the brickyards, children weave carpets or sew, while others are forced to beg and turn over the proceeds. But the vast majority of child laborers work on farms. Until recently, India was making progress getting children out of the fields and into school. In 2009, the government mandated free, compulsory primary education. But last year, the new government of Prime Minister Narendra Modi approved a law allowing children under 14 to work in “family enterprises,” arguing that poor families can’t survive without everyone’s labor. That loophole, though, is easily exploited. Kailash Satyarthi, who won the Nobel Peace Prize in 2014 for his efforts to end child labor, says that millions of children who are said to be working for their parents are actually sold into bonded labor. Many girls end up in sexual slavery (see below).