Freedom United launches campaign film calling on fans to think of fallen migrant workers - FreedomUnited.org
This website uses cookies to improve your experience. We'll assume you're ok with this, but you can opt-out if you wish.Accept Read More
Skip to content
Back to Global News 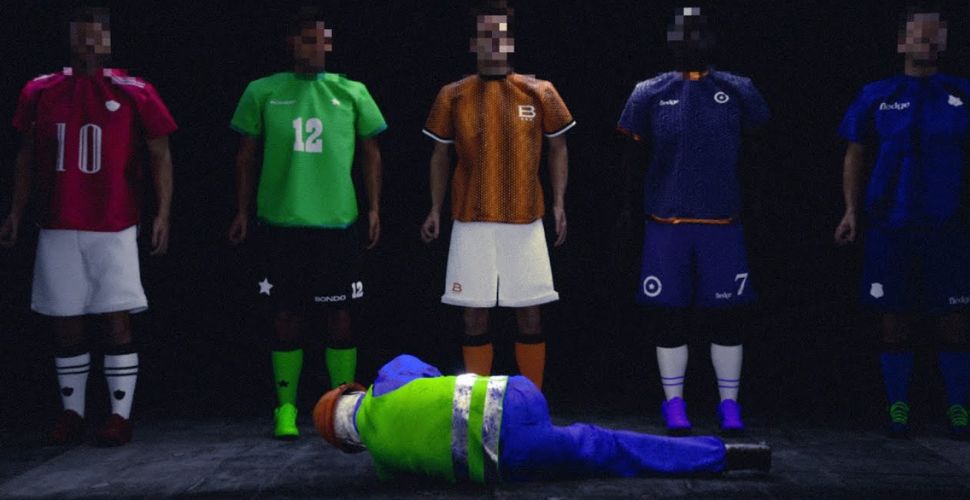 “This is because of our blood and sweat.” – Ram Pukar Sahani, Nepali worker in Qatar

In just two days the World Cup in Qatar will begin amid intensifying pressure from migrant workers, activists, politicians, fans, brand sponsors and national Football Associations calling for a compensation fund for exploited workers and the families of those who have died.

Thousands of migrant workers involved in construction, hospitality and other key areas of infrastructure required for the World Cup to take place in Qatar have suffered abuses including debt bondage, wage theft, being prevented from changing employers, forced to work excessive hours, and having identity documents withheld by unscrupulous employers.

As part of the #PayUpFIFA campaign, Freedom United is urgently calling on FIFA to set up a fund at least equivalent to the US$440 million prize money provided to teams participating in the 2022 World Cup that can be invested in funds to compensate workers, and initiatives to improve workers’ protections in light of the extensive abuses recorded amongst migrant workers in Qatar.

Ram Pukar Sahani travelled with his father, Ganga Sahani, from Nepal to Qatar in 2017 to find work in order to pay off family debts. Ram returned to Nepal to get married, during which time he received a phone call informing him his father had died in Qatar while working.

Ram was aware of the difficult conditions his father was working under but Ganga’s death was attributed to natural causes and no further investigation was undertaken. Ganga was one of thousands of workers whose deaths weren’t investigated by Qatari authorities.

FIFA and Qatar must be held accountable

Though the Qatari government has taken action to pass a host of reforms in 2020, the reality is that significant barriers remain for migrant workers to leave exploitative work. Some workers are unaware of the recent reforms while others are unsure of their rights under Qatari law.

Under the UN Guiding Principles on Business and Human Rights, FIFA has a responsibility to respect human rights and seek to mitigate and remedy rights abuses irrespective of Qatar’s ability to stringently implement reforms to the kafala system and hold exploitative employers accountable.

We can’t watch the games without thinking about the thousands of migrant workers who have been exploited and lost their lives to bring us this tournament.

Freedom United has worked with production company Fledge on a powerful new film that spotlights the brutal reality behind this World Cup. Each time a player falls represents a symbolic act of protest to commemorate the workers that fell during the construction of this World Cup.