Witnesses and Victims Hide During Thai Trial - FreedomUnited.org
This website uses cookies to improve your experience. We'll assume you're ok with this, but you can opt-out if you wish.Accept Read More
Skip to content
Back to Global News 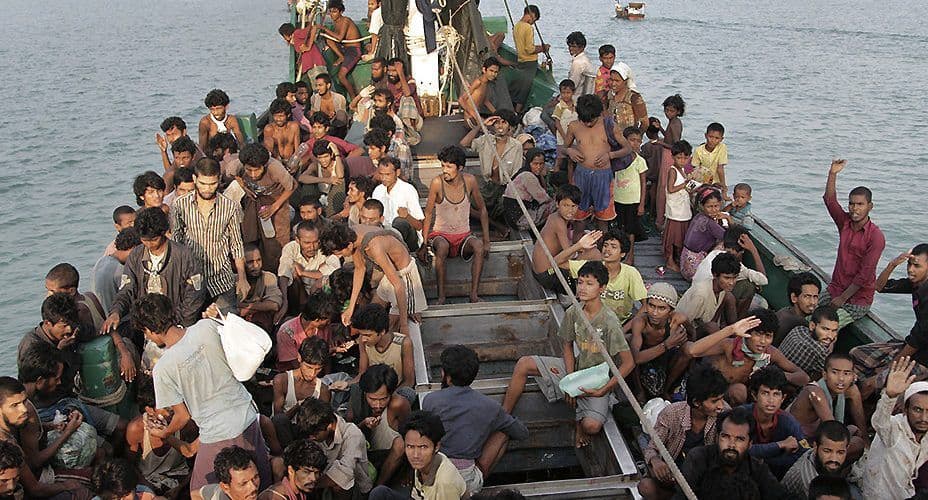 Witnesses and victims are in hiding during an ongoing trial in Thailand that is making international headlines.  Last year, mass graves at trafficking camps in Burma were discovered in the country’s southern jungles.  Ninety-one were arrested, and they are now facing trail which began in November in Bangkok. Since the discovery, authorities are cracking down on those who traffic Rohingya refugees…

The courts are calling preliminary witnesses and victims out of protective hiding for testimony.  This article says the traffickers’ lucrative business has been disrupted. The safety of the victims  is a concern, however, due to threats on their lives.   The trail may take as long as two years. Last month the lead investigator, Pol Mai[General Paween Pongsirin, fled to Australia asking for asylum.  He told the Australian Broadcasting Corporation that his life was in danger because of powerful leaders of the crime syndicates.  He claims his investigation was  hindered by highly influential people who were involved in human trafficking.  The police, in turn, say he damaged Thailand’s reputation.  National Police Chief General Chakthip Chaijinda says they are considering a law suit against him.

Among the 91 going to trail are an army lieutenant-general, politicians, business people, and police officers. They are all charged with violation of the 2013 Anti-Participation in Organized Crime Act, the 2008 Anti-Trafficking in Persons Act, the 1979 Immigration Act, the 1947 Firearms, Ammunition, Explosive Articles and Fireworks and Imitation of Firearms Act, and the Criminal Code. Some may face death penalties.

NGOs and human rights organizations believe that transnational criminal syndicates have been trafficking Rohingya  from Burma and Bangladesh through Thailand for years. Tens of thousands of refugees taking the treacherous journey each year to escape state sanctioned persecution in Burma.

To read the entire article, simply click on the link below.