Whistleblower shares accounts of torture in Uyghur Region - FreedomUnited.org
This website uses cookies to improve your experience. We'll assume you're ok with this, but you can opt-out if you wish.Accept Read More
Skip to content
Back to Global News 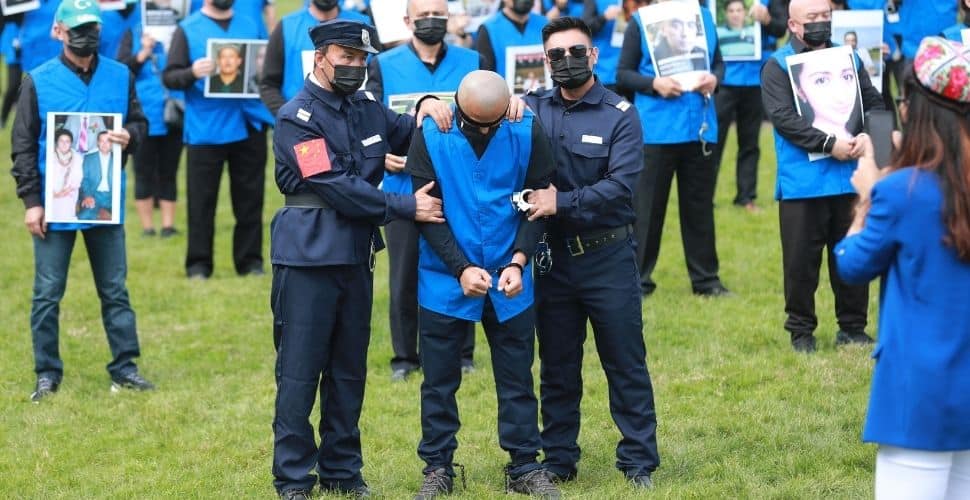 An ex-police detective turned whistleblower now residing in Europe and known as Jiang has shared his experience working in the Uyghur Region of China with the media. His testimony bears close resemblance to statements from Uyghur survivors who have left the detention camps. This includes physical and sexual violence, murder, and other abuses such as denying access to bathrooms, withholding food and forcing detainees to work excessively long hours.

“If accidents occur, it’s normal that some people die. That’s just how you get used to saying it,” he shared.

According to Jiang, the flimsiest of reasons could justify sending Uyghur men, women and children to detention camps including holding “differing opinions on the government” and “not selling alcohol and cigarettes.” The Chinese government calls these prison-like compounds “re-education camps,” claiming that the persons are sent there to protect the state from terrorism.

Over one million Uyghurs and other Turkic and Muslim peoples have been detained since 2017, with many pulled into a vast and complex system of forced labor that potentially taints the supply chains of multiple industries including fashion, technology, and agriculture.

Former detainees have shared their personal experiences of being forced to work for nothing or a pittance in these “re-education” camps.

“They do different things which can make money, but nobody wants to do,” he said.

“If one official says that they need to work nine hours, the head of the re-education centre might think, if I make them work two hours more, I can make more money.”

The Chinese government has denied everything Jiang has related. But as the year unfolds, more and more stories that remarkably alike continue to surface, and governments around the world are taking notice.

No one deserves to be detained, tortured or forced to work – especially not on the basis of their ethnicity or religious beliefs. Companies should not benefit from others’ suffering – no matter how wide the profit margin. For this reason, Freedom United has been campaigning for fashion brands to cut ties with the Uyghur forced labor system – wherever it occurs in their supply chains.

We’ve also reached out to Apple CEO, Tim Cook, to re-examine its suppliers operating in China. With the help of our supporters, we recently wrote to top Nike shareholders to demand that Nike do the absolute bare minimum of due diligence by conducting and publishing a human rights impact assessment of its entire production line.

More than 80,000 supporters have joined us in calling on the Chinese government to put an end to the detention and forced labor camps.

Keep the momentum going and add your name today.