When Coming Out as Gay or Lesbian Leads to Forced Marriage - FreedomUnited.org
Skip to content
Back to Global News 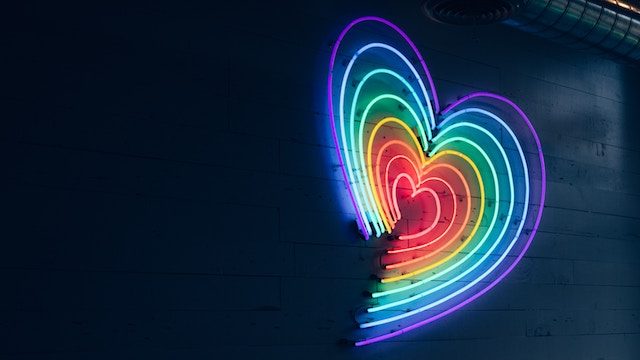 When Coming Out as Gay or Lesbian Leads to Forced Marriage

Being gay, lesbian, bisexual, or transgender (LGBT) is still taboo for many families in Britain, and for young people coming out this can lead to forced marriage, disownment, expulsion from their home, and honor-based abuse.

Noor (not her real name), who identifies as lesbian, took extreme measures to cope with family pressure, marrying a gay man to appease her Pakistani parents. She is still not out to her family.

Alarmingly, some parents have even forced lesbian and gay children into a heterosexual marriage, thinking it will ‘cure’ them.

The Freedom Charity, which helps victims of forced marriage, says some parents coerce LGBT children into marriage in a bid to rid them of homosexuality and save face among their community.

“People are leading dual lives and having to do what their parents want. Everyone is a victim here: the partner is a victim, the person who’s forced to marry is a victim. So it’s a horrendous situation,” said Aneeta Prem, head of the charity.

The government’s Forced Marriage Unit said they had 21 reported cases of LGBT people who were forcibly married in 2017, and 30 cases in 2016. Many more cases of people who identify as gay or lesbian forced into marriage go unreported, it said.

The British NGO Karma Nirvana, which operates a hotline for victims of forced marriage, has also seen an uptick in calls from LGBT people.

Jasvinder Sanghera, head of Karma Nirvana, said she knew of extreme cases where gay men were whipped in family-sanctioned exorcisms.

“They are made to feel like who they are is dishonourable and shameful, and they have had exorcisms performed on them involving whipping or beatings,” she said.

Adam, who declined to give his real name, is one such gay man in his 20s who was coerced into marrying a woman. When he finally asked his mother, “What if I am gay?” she responded flatly, “I’d end you and I’d end myself.”

Psychologist Roxanne Khan said many LGBT people experience extreme distress having to choose between family and their sexuality.

“The inner conflict is as powerful as the external threats. They believe they are worthless and sinners, and are trying to reconcile that with trying to make their family happy,” she explained.

For Noor, the struggle continues. When her fake marriage ended after a year, she resorted to living out of her car due to feelings of shame, fear, and guilt.

And now, she said, “My family has introduced me to three guys — and each time it’s the same expectation and it’s that same disappointment.”

Just tell your family to accept you for who you are, or walk away from them. If they love you, they will support you

Easy for you to say. Not easy to “walk away” from your family, your culture, your entire life.

Yes, I know. I am sure it would be terrible to do for most people, but it’s the only way. Once you give in to bullying, the bullies will keep on bullying yourself and everyone else. Families can change their views in times

There comes a time where YOU have to be the courageous one. YOU have to walk away from your culture and live your life the way you know YOU SHOULD be living it–the proper, egalitarian way..

Leave them…being forced to marry someone is wrong…

Yes. It is wrong and it’s their shame it doesn’t have to be yours