Opinion: "Prison Labor is Modern Slavery. I've Been Sent to Solitary for Speaking Out" - FreedomUnited.org
This website uses cookies to improve your experience. We'll assume you're ok with this, but you can opt-out if you wish.Accept Read More
Skip to content
Back to Global News 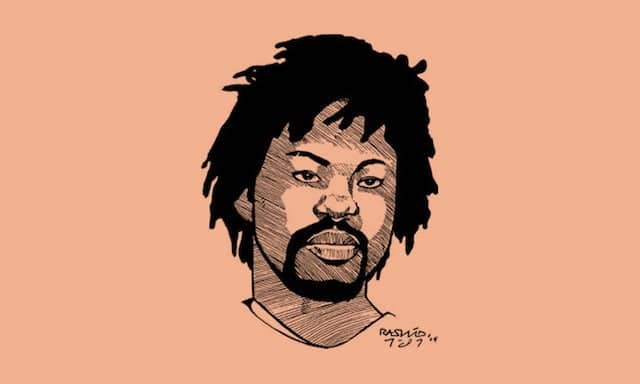 Opinion: "Prison Labor is Modern Slavery. I've Been Sent to Solitary for Speaking Out"

A nationwide strike is underway in US prisons, potentially becoming the largest protest of incarcerated men and women in American history.

What are they striking about? Conditions that amount to forced labor and the profits private prisons make off of exploiting inmates.

In an opinion piece for The Guardian, Kevin Rashid Johnson, who is being held in solitary confinement in a Virginia prison, explains why this strike is so important:

Until the strike ends on 9 September I will be joining a boycott of the commissary – I will not be parting with any money so that prison companies can make profit out of me. I’ll also be supporting fellow inmates here and across the nation who will be refusing to work in what amounts to a modern form of slavery.

At the end of the civil war in 1865 the 13th amendment of the US constitution was introduced. Under its terms, slavery was not abolished, it was merely reformed.

Anybody convicted of a crime after 1865 could be leased out by the state to private corporations who would extract their labor for little or no pay.

In some ways that created worse conditions than under the days of slavery, as private corporations were under no obligation to care for their forced laborers – they provided no healthcare, nutritious food or clothing to the individuals they were exploiting.

Though I’ve always refused to engage in this modern slavery myself, I’ve witnessed plenty of examples of it. The most extreme were in Texas and Florida, where prisoners are forced to work in the fields for free, entirely unremunerated.

They are cajoled into chain gangs and taken out to the fields where they are made to grow all the food that inmates eat: squash, greens, peas, okra. They are given primitive hand-held tools like wooden sticks and hoes and forced to till the soil, plant and harvest cotton.

There really is no choice in the matter, explains Johnson. “Prisoners who do not agree to such abject slavery are put in solitary confinement. I know from personal experience.”

Johnson has been continuously moved around different prisons over the years, which he believes is due to his vocal criticism of prison labor and efforts to rally other prisoners to protest.

Now he sits in solitary confinement in a cell for inmates sentenced to death — despite not being on death row. It’s one of the most isolated conditions prisoners can be subjected to.

As this article comes out in The Guardian, he asks, “Will I face reprisals for writing this column? Sure I will. Do I fear such reprisals? I am far past the point where threats concern me.”

“I have been starved, beaten, dehydrated, put in freezing cold cells, attacked with attack dogs, rendered unconscious, chained to a wall for weeks. There’s nothing left to fear.”

The prison system is a massive crime syndicate where prisoner are subjected slave labor, food so bad they have to go to the very high priced Commissary, they pay high prices to make phone calls, they are forced to farm vegetables for the prison without pay, and get little to no reform to enter the population when they get out of prison. The other part of the criminal syndicate is the tax payer pay $35,000 or higher per year for each prisoner.

This sad truth has been going on since US Congress permitted the southern US states to rescind the efforts and laws of Reconstruction after US Civil War; On this same issue, HBO news program Vice did excellent piece on Poultry processors in the south and midwest using “non-profit” spin offs to “employ” charged drug offenders to to “work off” sentences in processing plant jobs in unfit, unsafe, unmonitored work; Restaurant lobbies & Trump’s frmr campaign chair Steve Wynn steals tips illegally

This is an absolute disgrace to a modern democratic society

This is unspeakable inhumanity and illustrates the magnitude of greed. Privately run prisons I imagine are in league with court judges and justices to hand down excessively long sentences. Do they get paid for working hand in hand with these concentration camp prisons? The over 2 million incarcerated men and women who are forced into slavery speaks for itself. It is yet another black mark against the USA. Slavery is alive and well just like abject racism, white supremacy and similar abhorrent.

This is barbaric it’s a disgrace that America touts herself around the world as the land of the free yet locks up more prisoners than any country on earth often in solitary for years on end and is also actively occupying, bombing and using drones and private mercenary armies in up to 9 countries in the middle East to further the profits and interests of huge oil and weapons corporations.