What is Really Scary about your Costume? - FreedomUnited.org
This website uses cookies to improve your experience. We'll assume you're ok with this, but you can opt-out if you wish.Accept Read More
Skip to content
Back to Global News 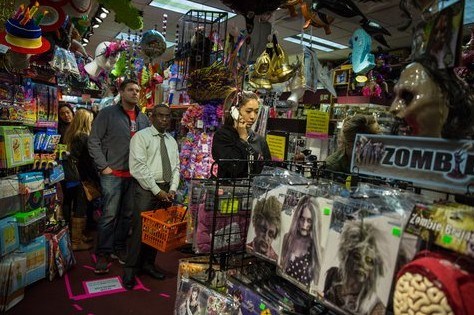 What is Really Scary about your Costume?

Adults celebrating Halloween are expected to spend $1.2 billion and another $950 million on children’s outfits…not to mention the $360 million that will be spent for pet costumes!

But who is making them and what is their workplace like and are they receiving fare wages?  John Oliver and the New York Times warns us to wary of clothing that is dirt cheap because it’s a possible alert the human slavery may have been involved.

Director of Labor Behind the Label, Ilana Winterstein, says, “Unfortunately there is a real lack of transparency in the industry, which is one of the big issues we campaign on,” She told MTV News. “It is this lack of transparency which allows human rights abuses to continue unchecked and makes it very difficult to trace an item of clothing back to a particular factory or for consumers to know the working conditions of the garment workers making the clothes.”