Pope Francis: Uyghurs are a “persecuted” people - FreedomUnited.org
This website uses cookies to improve your experience. We'll assume you're ok with this, but you can opt-out if you wish.Accept Read More
Skip to content
Back to Global News 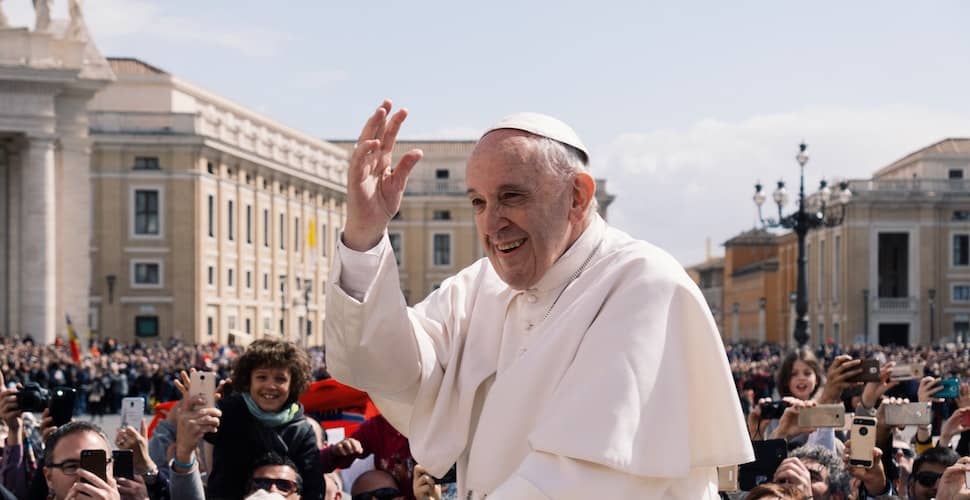 In the latest high-profile recognition of the events taking place in the Uyghur Region, the Pope has acknowledged for the first time that the Uyghur people face persecution in China.

Francis’s comments come in his new book Let Us Dream: the Path to a Better Future, which groups the Uyghurs with the Rohingya and the Yazidi as “persecuted peoples.”

Already vocal on the Rohingya and Yazidi, the Vatican has previously been silent on the issue of the Uyghurs, which commentators have suggested is linked to a controversial accord with Beijing on the appointment of bishops.

With his new comments, Francis joins the activists, governments, and other faith leaders that have already come out in condemnation of the Chinese government’s campaign of repression in the Uyghur Region.

Over one million Uyghurs and other members of Turkic and Muslim ethnic groups have been detained since 2017, with many pulled into a vast system of forced labor that potentially taints the supply chain of much of the global fashion industry.

The Chinese government has forcefully denied Francis’s comments, with a spokesperson of the foreign ministry in Beijing painting them as an attempt to discredit the country.

In his new book Let Us Dream, due out on 1 December, the pontiff listed the “poor Uighurs” among examples of groups persecuted for their faith.

Francis wrote about the need to see the world from the peripheries and the margins of society, “to places of sin and misery, of exclusion and suffering, of illness and solitude”.

In such places of suffering, “I think often of persecuted peoples: the Rohingya, the poor Uighurs, the Yazidi — what ISIS did to them was truly cruel — or Christians in Egypt and Pakistan killed by bombs that went off while they prayed in church”, Francis wrote.

The Pope’s comments have the potential to further mobilize the public against the forced labor of the Uyghurs and other Turkic and Muslim people in the Uyghur Region.

Freedom United has been campaigning since April for the end of the forced labor system and plays a core role in the international Coalition to End Forced Labor in the Uyghur Region, whose call on fashion brands to exit the region has been endorsed by over 200 organizations—including nearly 100 Uyghur groups.

To build greater public understanding this complex issue, Freedom United will host a special panel next week on the Uyghur forced labor crisis and its links to the global fashion industry.

Join us next Wednesday, December 2nd for this unique chance to learn more.

Register for the panel here.