US Upgrades Thailand, But Path to Legitimacy is Complicated - FreedomUnited.org
This website uses cookies to improve your experience. We'll assume you're ok with this, but you can opt-out if you wish.Accept Read More
Skip to content
Back to Global News 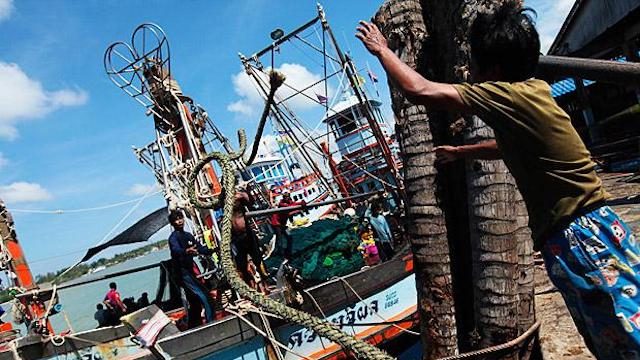 US Upgrades Thailand, But Path to Legitimacy is Complicated

The United States upgraded Thailand to Tier 2 in the US State Department’s newly released Trafficking in Persons report, but observers say it will take more time to reach Tier 1.

According to representatives from the Thai seafood sector, this represents Thailand’s improved efforts to combat human trafficking since investigations that revealed widespread forced labor in the country’s fishing industry in 2014.

The military-led government, which took power in a coup in 2014, has introduced several new measures to monitor labor conditions in the industry and register undocumented migrant workers. It has welcomed the upgrade as it now puts Thailand above its neighbors, Malaysia and Laos, which are on the Tier 2 Watchlist and Tier 3, respectively.

Threatened by the EU in 2015 with a ban on all Thai seafood exports unless the issue was resolved, the public and private sectors jointly rushed to undertake efforts to combat human trafficking in a bid to safeguard the lucrative fishing industry from losing staggering profits.

The Labour Ministry started registering migrant labourers last year, with the aim of documenting and regulating 1.32 million people, the vast majority of whom came from Cambodia, Laos, and Myanmar. The process, however, has been plagued with problems and delays.

Poj Aramwattananont, president of the Thai Fishery Producers Coalition and vice-chairman of the Thai Chamber of Commerce, said the US’s TIP upgrade will help amend the country’s human trafficking image.

But the upgrade has done very little in terms of boosting Thailand’s trade value in the global market, he said, noting that Thailand still managed to export fishery products as usual during the past few years despite being placed on the Tier 2 Watchlist.

“Even though we have been given an upgrade, we still have to continue to tackle human trafficking problems to upgrade our ranking to Tier 1,” he added.

Aat Pisanwanich, director of the Center for International Trade Studies at the University of the Thai Chamber of Commerce, said the upgrade should help the country’s international trade image.

“The country’s overall image will surely improve on the global stage, which is good for Thai shipments, particularly in developed countries such as the US, the EU, and Japan,” he said.

Beyond the fishing industry, observers expect the TIP upgrade to benefit Thai products in ‘labor-intensive categories’ such as rubber products, garments and textiles, as well as farm and agricultural processing products.

According to the Thai Frozen Foods Association, Thai seafood exports were valued at US$3 billion (99.6 billion baht) in 2017, up from $2.84 billion logged a year earlier.