Japanese Fishing Company to Pay $179,000 for Exploiting Indonesian Crew - FreedomUnited.org
This website uses cookies to improve your experience. We'll assume you're ok with this, but you can opt-out if you wish.Accept Read More
Skip to content
Back to Global News 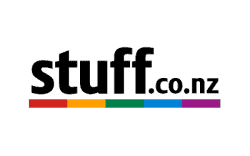 A Japanese fishing company has been ordered to pay nearly $180,000 in unpaid wages to 18 Indonesian crew working in New Zealand’s waters.

Watarai Company Ltd was found by the New Zealand Labor Inspectorate to have made serious employment breaches resulting in “clear exploitation.”

Labour Inspectorate fishing industry lead Jeanie Borsboom said the wages the crew received aboard the Koshin Maru 7 did not match the wages they were entitled to.

Their actual wages were calculated based on notes provided by a MPI observer on board the ship, as well as an analysis of work patterns.

“It is very disappointing to see New Zealand operations which do not meet minimum labour standards in such a significant manner and put at risk a hard won reputation for sustainability in our fishery.

“This is particularly notable when it’s estimated the catch sale price of stock caught by the Koshin Maru 7 was at least $2,500,000,” she continued.

“There is no justification for underpaying employees under New Zealand employment law and we do not tolerate exploitation of any worker in New Zealand territories.

The Labor Inspectorate added that they were looking at “all options” to ensure that Watari complies with the Employment Relations Authority (ERA).

“If they want to maintain a reputation, not just in New Zealand but in fishing globally, they need to engage the system and pay their arrears,” said Borsboom.

This is the second time second time in less than a year that a Japanese boat chartered by NZ Japan Tuna Company has been punished by the ERA. Last July Ikeda Suisan Company was found to be underpaying its Indonesian crew, resulting in a $40,000 penalty and arrears of $82,252.