US Takes "America First" Tone to Slave-Made Goods - FreedomUnited.org
This website uses cookies to improve your experience. We'll assume you're ok with this, but you can opt-out if you wish.Accept Read More
Skip to content
Back to Global News 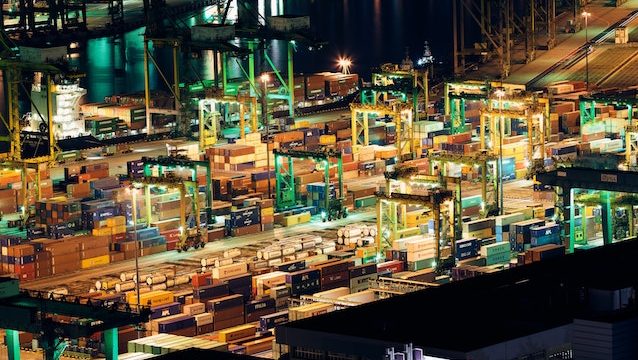 The US Department of Labor has taken a new “America First” tone in publishing its biennial list of foreign goods made using slave or child labor.

Rather than seeing forced labor as primarily a human rights issue, the US government has reframed this as a trade issue, arguing that it is fighting against slave-made goods in order to “safeguard American jobs.”

“The U.S. will do what it takes to protect vulnerable workers from exploitation, safeguard American jobs, and create a fair playing field for countries that play by the rules,” he added.

More than $400 billion worth of goods likely to be made by forced labor enter the U.S. market each year, said Annick Febrey, director of government relations with the Human Trafficking Institute, which advocates to end modern slavery.

She said the Department of Labor’s change in tone echoed President Donald Trump’s ‘America First’ agenda on international trade issues and could mean a more sustained effort to block forced labor-made goods from entering the country.

Eric Gottwald, legal and policy director for the International Labor Rights Forum in Washington DC, said he was struck by the Department of Labor’s new stance on forced labor being a problem because it puts American workers at a competitive disadvantage.

Historically, US foreign policy has considered goods made using slave labor as a gross violation of human rights.

“The current administration has placed more emphasis on…how American workers shouldn’t have to compete with forced or child laborers,” he said.

It became a crime to import goods made using forced or child labor in 2016 under a law introduced by President Barack Obama.

Despite an effort to condemn the reasons behind the America 1st campaign, you’re wrong. For decades American corporations sold out their own working class laborers in favor of cheaper, exploitable labor overseas to make a profit. This in turn grew slavery and worker exploitation, depleting jobs here. Trump and the DOL want to holistically address this, there is an assumption it’s ONLY to put America 1st in some jingoistic fashion. It’s not, it’s @ stopping it at the root of the problem.

In response to D. This is complete and total propaganda! Stopping the root of the problem would mean to unite the working class across the globe not bullying and intimidating the entire world into doing what Amerikkka says or face the consequences of economic sanctions and war. Amerikkka has always looked out for itself and never for its own workers or the workers overseas. To stop the problem you have to get rid of the system that causes the problem not just the fascist who’s in charge.

You’re absolutely right. That’s why I’m behind the negotiations with Canada as we are assured that sell-out stops with this trade deal.

I don’t care about the motivation, as long as it helps end child and forced labor.

You not caring is one of the problems. Just like the “me too movement” and how it’s destroying people with allegations and solving none of the problems or even talking about sex slavery, this Amerikkka first propaganda will only pay lip service to petty bourgeoisie layers of society. When has the US government ever cared about forced labor anywhere? It’s doubtful that this joke of a president cares as well. Real poor article by Freedom United. I’ll be unsubscribing to these emails for now on.

Ultimately.. It won’t, because this has been “fought” for far longer than Trump and the DOL have bothered, and has been ignored under “all” administrations, going clear back to Reagan, and beyond, regardless of which “party” was involved. What has been happening instead is that, when ever possible, the right has “expanded” their definition of “trafficking” to do pure witch hunts, and for their own political gains. If they had no political “gain” from this, they wouldn’t be doing it now either.

I agree with “D.” and Kevin Butterfield. Don’t be afraid to take “yes” for an answer.

Do we have lAWS TO STOP IMPORT OF CHILD OR SLAVE MADE PRODUCTS?

Yes, passed in 2016, under Obama, according to the article.

Agree Laws to stop Import of Child and Slave made products is better for USA! Join the discussion…

Are goods and services made by U.S. prisoners who get a $1 a day not considered Slave labor too ?.?…

Sounds good. Your average American doesn’t care about anything beyond North America so framing this as a trade issue affecting American jobs is a master stroke. Who cares about the language, lets stop these people being exploited. OK they may starve and die but hey, the Liberals can feel good so that’s what matters.

EVERYTHING in this administration is,seen with the prism of Trade, money-making and transactional. Child and forced labor is eminently a human rights issue and playing by the rules of Fair Trade and dignified working conditions. To ignore or downplay that reality is misguided.