U.S. prison slavery: a moment of reckoning - FreedomUnited.org
This website uses cookies to improve your experience. We'll assume you're ok with this, but you can opt-out if you wish.Accept Read More
Skip to content
Back to Global News

“Neither slavery nor involuntary servitude, except as a punishment for crime whereof the party shall have been duly convicted, shall exist within the United States,” reads the 13th Amendment to the U.S. Constitution.

With these words, an estimated 4 million enslaved people achieved freedom. However, with the exception clause, millions more were condemned to slavery for years to come.

In an insightful article published in the Conversation, African American history and slavery scholars Clifford C. Campbell and Kwasi Konadu explore the past, present and future of convict slavery in the U.S.

The history of prison slavery: convicts as “slaves of the State”

Convict slavery and chattel slavery once co-existed in the U.S. Indeed, some states have relied on the labor of convicts since the late 1700s. In Virginia, the state with most enslaved people of African ancestry, convicts were even declared “slaves of the State”.

Some states profited from the labor of those incarcerated in state prisons through the practice of convict-leasing. Wealthy land and business owners would pay state prisons to be able to use inmates for cheap labor. Industry reliance on the forced labor of prisoners was such that when convict-leasing ended in Georgia in 1907, many brick and mining companies faced serious financial losses.

The realities of modern-day prison slavery

Today, an estimated 2.2 million people are incarcerated in the U.S., making it the largest prison population of any country in the world. “And one group of people are disproportionately, though not solely, criminalized – descendants of formerly enslaved people,” Campbell and Konadu point out.

For many of these people, forced labor remains a reality, with the exception clause still figuring in over 20 state constitutions. Inmates across the country are expected to carry out all sorts of work, from manufacturing products to picking cotton.

There are consequences for refusing to work, according to the 2015 story in The Atlantic magazine, ‘American Slavery, Reinvented.’ “Inmates are required to work if cleared by medical professionals at the prison. Punishments for refusing to do so include solitary confinement, loss of earned good time, and revocation of family visitation,” wrote Whitney Benns.

For-profit companies have factories in prisons across 38 states. But inmates are unprotected by labor legislation and in some cases are paid less than a penny an hour, with many leaving the prison system in debt.

Is change on the horizon?

Campbell and Konadu believe that the 13th amendment is facing “a moment of reckoning.” But they are pessimistic about any short-term changes to the amendment. The Conversation reports:

“Interest by lawmakers in abolishing modern-day slavery is nothing new.

Back in 2015, President Barack Obama issued a proclamation to commemorate the 150th anniversary of the 13th Amendment’s passage. He praised the amendment for “the protections it restored and the lives it liberated,” but then conceded work still needed to be done to fully abolish all forms of slavery.

The interest in the 13th Amendment has also been widespread throughout popular culture. Films, books, activists and prisoners across the United States have for some time linked that amendment to what legal scholar Andrea Armstrong calls “prison-created slavery.”

But given the political realities and economic imperatives at play, free prison labor will persist in America for the foreseeable future, leaving in serious doubt the idea of American freedom – and abundant evidence of modern-day convict slavery.”

Join the Freedom United community in calling for change

The Freedom United community is taking a stand against prison slavery. Join us in urging all states and the federal government to explicitly outlaw slavery and involuntary servitude as punishment for a crime in the US and state constitutions.

I was recently informed that Trump, though I do not like him whatsoever, passed some bill that allowed prisoners without a violent record to leave prison earlier but that Biden’s Administration has not allowed it until now! 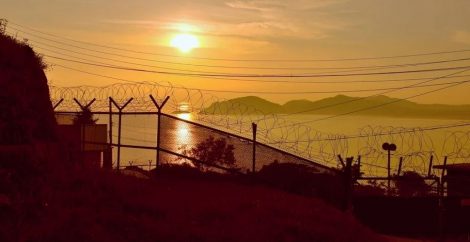