US Ends Mauritania's Trade Benefits over Slavery - FreedomUnited.org
This website uses cookies to improve your experience. We'll assume you're ok with this, but you can opt-out if you wish.Accept Read More
Skip to content
Back to Global News 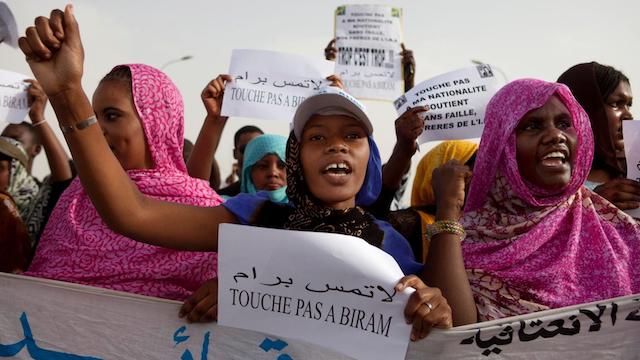 Citing Mauritania’s failure to end forced labor, the United States declared that it will end Mauritania’s trade benefits under the African Growth and Opportunity Act (AGOA).

The move, which will come into effect at the start of next year, comes as part of an annual review of AGOA eligibility.

The AGOA permits duty-free trade for some goods, but the US trade representative’s office says Mauritania does not meet AGOA requirements because it has not made enough progress to end forced labor.

To get its AGOA eligibility status and trade benefits restored, Mauritania, one of the world’s poorest countries, will have to “eradicate forced labour and hereditary slavery,” the US trade representative office says.

It’s a condition that will likely be strongly considered by the country’s government given the high stakes: US imports from Mauritania totaled $61 million in 2017  up 22% from 2016. The top imports were mineral fuels, fish and fertilizers.

The Trump administration issued a partial AGOA suspension on exports from Rwanda earlier this year in a dispute over the east African country’s decision to raise tariffs on the import of secondhand clothes from the US. In retaliation the administration removed Rwanda’s privilege to export duty-free clothing to the United States.

Mauritania has long been criticized for its failure to address slavery, most recently by the African Union.

In January, the body ruled that Mauritania had not adequately enforced anti-slavery laws and gave weak punishments to slave owners.

Mauritania ranks sixth out of 167 countries in the Global Slavery Index with an estimated 90,000 people living in conditions of modern slavery.

The government has also come under fire for jailing anti-slavery activists, including Biram dah Abeid.