UN: Girls Make Up 23% of World's Trafficking Victims - FreedomUnited.org
This website uses cookies to improve your experience. We'll assume you're ok with this, but you can opt-out if you wish.Accept Read More
Skip to content
Back to Global News 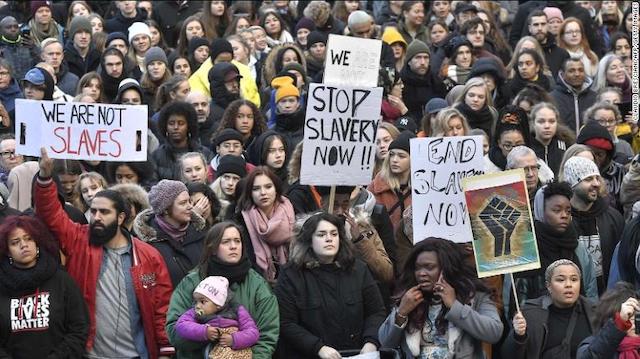 A new report from the United Nations Office of Drugs and Crime (UNODC) has found that the number of trafficked girls rose worldwide, now accounting for 23% of all trafficking victims.

“In the profile of identified victims, we are seeing more and more children, an increase particularly in girls,” said Angela Me, chief of the UNODC’s research and trend analysis branch.

Me explains that trafficked girls are typically victims of sexual exploitation, while boys are more often exploited for forced labor.

The UN defines girls and boys as being aged less than 18, but Me says some member states use different definitions.

The report shows that women and girls account for almost three quarters of all detected victims of trafficking in 2016. Females make up 94% of the total victims trafficked for sexual exploitation, and 35% of those trafficked for forced labor.

The report also indicates that the overall number of reported trafficking victims has increased. In 2016, about 40% more victims were detected compared to 2011.

But the UN says that this rise could be due to an increase in trafficking globally, or it could be a result of enhanced national capacities to detect, record and report data on trafficking. In 2009, only 26 countries had an institution which systematically collected data on trafficking cases, whereas in 2018, the number had risen to 65.

In addition, the UNODC report highlights the effect of armed conflicts on human trafficking, noting that areas with weak rule of law provide traffickers with “fertile terrain.”

“In migration flows, you have a dispersion of families and then you have many children who travel alone, who definitely become more vulnerable to be trapped into exploitative situations,” explained Me.

The UNODC welcomed the increase in anti-trafficking legislation and policies globally, but warned that convictions remain abysmally low, writing “There appears to be hardly any risk for traffickers to face justice.”