U.N. establishes fact-finding body in Libya - FreedomUnited.org
This website uses cookies to improve your experience. We'll assume you're ok with this, but you can opt-out if you wish.Accept Read More
Skip to content
Back to Global News 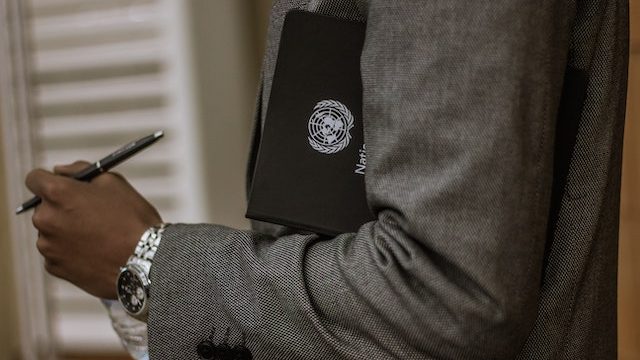 The United Nations Human Rights Council has taken an important step to investigate abuses by all sides in Libya — including human trafficking — by establishing a fact-finding body.

A resolution that passed by consensus was presented by the African Group at the Human Rights Council to Michelle Bachelet, the UN High Commissioner for Human Rights, asking the UN body to deploy a fact-finding mission in the north African country to look into violations of international human rights and humanitarian law since 2016.

The resolution also asked for evidence to be preserved so that offenders could be held accountable.

“The establishment of a fact finding mission into abuses in Libya is a wake-up call to warlords and armed groups that they could be held accountable for serious crimes committed by their rank and file,” said Eric Goldstein, acting Middle East and North Africa director at Human Rights Watch.

“What’s important now is for countries at the Human Rights Council to ensure that this new body gets the necessary support and needed renewals after its initial one-year term to fulfill its mandate.”

Human Rights Watch has documented the plight of several thousand detained migrants and asylum seekers held in inhumane conditions in detention facilities run by the GNA’s Interior Ministry and by smugglers and traffickers, where they are subjected to forced labor, beatings, and sexual assault.

Over the past years, Human Rights Watch has documented systematic and gross human rights and humanitarian law violations by armed groups on all sides, including torture and ill-treatment, rape and other acts of sexual violence, arbitrary arrests and detention, forced displacement, unlawful killings and enforced disappearances. Some of these crimes may amount to crimes against humanity.

Insufficient domestic and international efforts to ensure a measure of accountability for past and ongoing serious crimes in Libya have emboldened those engaged in the armed conflict to commit violations and abuses with impunity, Human Rights Watch said.

The conflict in Libya is between two parties: the internationally recognized and Tripoli-based Government of National Accord (GNA) and the rival Interim Government based in eastern Libya and affiliated with the armed group known as the Libyan Arab Armed Forces (LAAF).

While armed conflict in the capital of Tripoli ended on June 5, 2020 when the LAAF and its affiliates withdrew, there are still confrontations in Sirte and other parts of the country.

They have executed indiscriminate shelling and strikes, as well as failed to prevent civilians from being near targeted military facilities in the conflict.

Accordingly, this new fact-finding mission has the potential to hold abusers on both sides of the conflict accountable.

“While it has a tall order to fill, it should strive to identify those responsible for violations, including external actors, preserve evidence where possible for future criminal proceedings, and publicly report on the human rights situation in Libya,” said Goldstein.

How about the UN pursues the proponets of the destabilising events that led to this situation. Would not mind if they also pursued and prosecuted the makers and sellers of the arms being supplied and used. Mr Blair – we still want you held to account for the blood on your hands ,,,………..