Migrant worker murders in Libya lead to arrests in Bangladesh - FreedomUnited.org
This website uses cookies to improve your experience. We'll assume you're ok with this, but you can opt-out if you wish.Accept Read More
Skip to content
Back to Global News 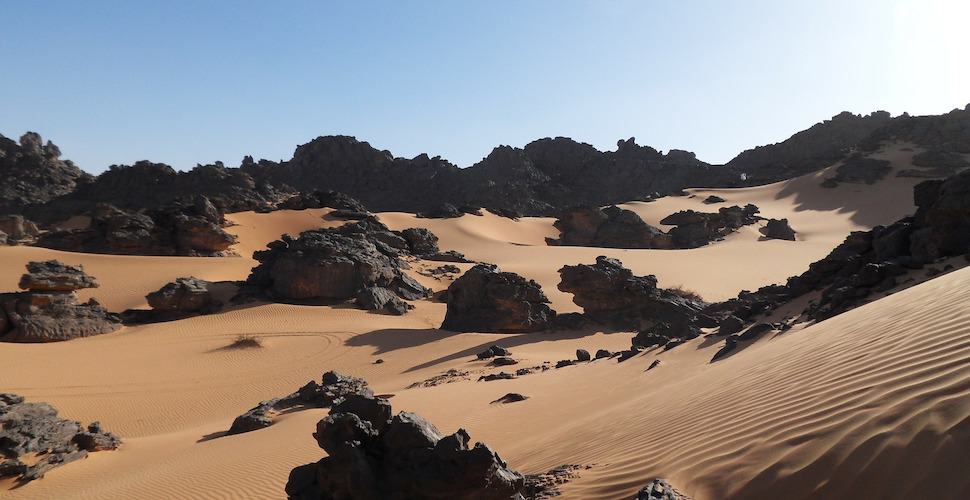 Migrant worker murders in Libya lead to arrests in Bangladesh

Over 50 people accused of involvement in human trafficking have been arrested in the largest anti-trafficking operation Bangladesh has seen in years.

The ringleader of an operation that illegally sent hundreds of Bangladeshis to Libya over the past decade was among those arrested in Dhaka, the nation’s capital, and accused of extorting money from people on false promises of jobs overseas.

The arrests come after 30 migrant workers, among them 24 Bangladeshis, were murdered this month in Libya, where the conditions migrants and refugees face have for years drawn international condemnation.

The migrants were crossing the desert in search of work in the fragile North African nation when they were abducted by an armed group, tortured for ransom, and eventually killed.

The new arrests in Dhaka reflect a recent commitment by the Bangladeshi Police to collaborating with Interpol and other international organizations to fight human trafficking.

The South Asian nation has been on a U.S. State Department watchlist for the past three years over its record on human trafficking, putting it at risk of a downgrade that could trigger sanctions, limiting access to international aid.

The traffickers potentially face between five years to life in prison, but activists have warned that with Bangladesh’s extremely low rate of conviction for trafficking crimes, many of those arrested are likely to walk free.

According to the U.S. State Department’s widely cited Trafficking in Persons report, only 0.4% of trafficking arrests in Bangladesh led to conviction between 2013-2019.

A local anti-trafficking leader, Tariqul Islam, said that for convictions to increase there needs to be better coordination between law enforcement and the judicial system.

“Evidence-based investigation reports and protection of witnesses are prerequisite for successful prosecution,” he told the Thomson Reuters Foundation.

Bangladesh is among the world’s top exporters of labor, and remittances from overseas Bangladeshis are a crucial part of the economy.

But it is this dependence that has created opportunities for fraudulent recruiters and brokers to charge high fees to send workers abroad to jobs that often don’t exist.

The recent arrests are a positive sign that the country is moving toward taking the issue seriously.