NAACP sues Arizona over prison slavery - FreedomUnited.org
This website uses cookies to improve your experience. We'll assume you're ok with this, but you can opt-out if you wish.Accept Read More
Skip to content
Back to Global News 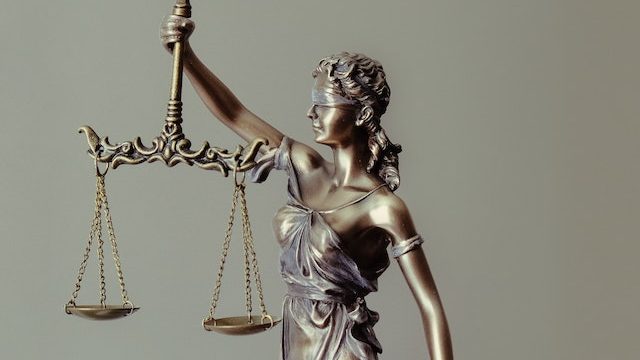 The NAACP, a leading civil rights organization in the U.S., and five inmates have filed a class-action lawsuit against the Arizona Department of Corrections, Rehabilitation and Reentry, accusing the state of practicing slavery through its use of private prisons.

The lawsuit alleges that the state is sending inmates to private prisons to “generate revenues and profits for the monetary benefit of corporate owners, shareholders and executive management.” The state currently contracts with six private prisons, which hold 7,740 inmates out of the state’s total prison population of 40,547.

Attorneys for the NAACP and the inmates say that Arizona is violating constitutional rights by enforcing slavery and cruel and unusual punishment, and depriving them of due process.

“Using a person’s incarceration to generate corporate profits is a form of slavery,” said John Dacey, executive director of Abolish Private Prisons. “A profit-motivated criminal justice system also conflicts with individual rights that are protected by the Due Process and Equal Protection Clauses of the Constitution.”

David Shinn, director of the state corrections department, is accused of viewing inmates as “property,” according to the lawsuit. The attorneys claim in his role, Shinn is degrading the human dignity of each inmate by making a profit.

The state is granting the private prisons full power over the inmates and “the fruits of prisoners’ economic value and labor,” according to the lawsuit.

The attorneys argue the private prisons have a financial disadvantage when inmates are released but can receive profit by their incarceration. The lawsuit said the facilities have created biased administrators and have become similar to “slave jails,” also known as convict leasing.

Convict leasing was practiced in southern U.S. states after the end of the Civil War, where state governments leased inmates to plantations and companies. Furthermore, despite the passage of the Thirteenth Amendment, which prohibited slavery and involuntary servitude, the law kept in a loophole that kept involuntarily servitude permissible as punishment for a crime.

Private prison companies have hit back at the lawsuit’s claims. Issa Arnita, a spokesman for Management and Training Corporation, called the claims “blatantly false and slanderous,” stressing that they have effective rehabilitation programs.

Separately, lawmakers in Arizona are trying to address the issue of inmates being paid far below prevailing wages — often at just $1 per day — for voluntary work performed. Rep. Kirsten Engel, D-Tucson, introduced a bill that would raise the minimum wage for inmates who work jobs through Arizona Correctional Industries. The bill did not get a hearing.

On Juneteenth, which celebrates the formal abolition of slavery in the U.S., Freedom United launched a new campaign calling on all sectors to divest from prisons and detention centers that use forced labor so that this form of slavery, too, can be abolished.

Stand with the Arizona inmates fighting for their rights and add your name today.

Most of the prisoners NEC had a job to begin with. Why not teach them a trade while they are incarcerated? They just want a free handout..

The problem is not work, but private prisons. There’s no way to prevent the abuse of power that encourages judges to incarcerate people unnecessarily so the profit-making private prisons can benefit.

Are you nuts? You do the crime you do the time. Since when is prison supposed to be fun?

Watch the doco ’13th’, about the thirteenth amendment. More than anything I could say, that will help you understand what is so wrong about the ‘justice’ system in the US, and why the US has the highest rate of incarceration in the world, and just who is profiting from this utterly unjust system. Especially the part about plea bargains. You’ll understand that there are many innocent people in prison who accepted a plea bargain rather than risk a really long wait for trial in an overcrowded jail.