Trump's Misleading Tales on Border Trafficking - FreedomUnited.org
This website uses cookies to improve your experience. We'll assume you're ok with this, but you can opt-out if you wish.Accept Read More
Skip to content
Back to Global News 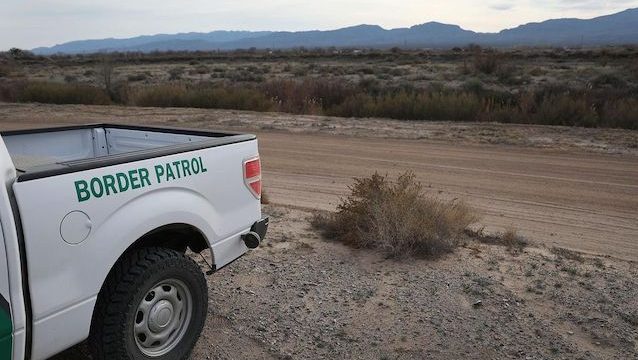 US President Donald Trump is misleading Americans about human trafficking at the border with Mexico, with anti-trafficking experts flagging his wildly inaccurate stories about the crime.

Trump has repeatedly talked about human trafficking at the border in an effort to shore up support for a border wall.

At a speech this Monday to the American Farm Bureau, he claimed women were being gagged and thrown into the back of cars by traffickers who take them across the border into the US.

“They tape their face, their hair, their hands behind their back, their legs,” he said. “They put them in the back seat of cars and vans, and they go — they don’t come in through your port of entry, because you’d see them. You couldn’t do that.”

Yet six human trafficking experts say they have never met a victim whose story matched that of Trump’s narrative.

These experts said such border kidnappings might occur on rare occasions but are, at most, extremely uncommon — a tiny fraction not only of all U.S. trafficking cases, many of which involve U.S. citizens who never cross a border, but of the subset of cases involving women brought in through Mexico.

A high proportion of trafficked Latin American women, the experts said, come into the country legally, on U.S. visas. Others enter illegally but are not bound and gagged, nor driven in vehicles through remote unfenced areas.

“His depiction of human trafficking is practically unrecognizable to those of us who have spent decades in the trenches combating these abuses,” said Martina Vandenberg, president of the Human Trafficking Legal Center.

Several experts also took issue with Trump’s claim that a border wall would “eliminate” human trafficking from Mexico. In fact, many victims arrive in the US on visas fraudulently obtained by traffickers or are exploited by traffickers after coming to the US on legal visas.

Furthermore, kidnapping and gagging victims is an extremely rare occurrence. Vandenberg searched her organization’s database of federal trafficking cases and found just 26 cases in which kidnapping charges were also filed — less than 2% of all cases.

Still, anti-trafficking activist in San Antonio, Dottie Laster, believes a border wall is worth a shot. “I’m for throwing anything in the way of traffickers that trade on rape and torture for money,” she said.

Other experts disagreed, saying a wall would just prompt traffickers to take more risks and impose higher debts on victims.

They also pointed out that the Trump administration has made it harder for victims of human trafficking to be granted “T” visas, which protect a victim from deportation if they work with US law enforcement to go after their traffickers.

As Cohen noted, if President Trump is serious about combating human trafficking, he would drop policies that “play into the hands of the pimps.”

Isn’t slavery also where people work for no money? Like the government workers in the U.S. right now?

He’s done things that other presidents are scared to do but unfortunately he is still an ass and says and does stupid things.

This administration couldn’t care less if its policies cause untold suffering to immigrants, alreafy traumatized by extreme violence and chaos and a harrowing and dangerous trek north. Tp appease his far right, ultranationalist white supremacist base, he will say and do anything. Sad,,so sad. Stupid, oh so stupid.