Trafficking of Underage Girls Requires Action - FreedomUnited.org
This website uses cookies to improve your experience. We'll assume you're ok with this, but you can opt-out if you wish.Accept Read More
Skip to content
Back to Global News 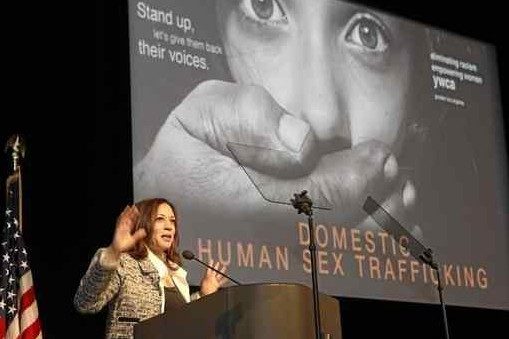 Girls as young as 12 are being trafficked in California.  This crime is a multi-billion dollar business and second only to drugs regarding money that criminals make.  L A is a hub…

California Attorney General Kamala Harris, spoke to the Domestic Human Trafficking Symposium in Los Angeles.  She said action is required.  A young girls named Carrie was 14 when she ran away from home because of an abusive stepfather. It wasn’t long until she met a trafficker who held her in his grip for seven years.  She was sold for sex, beaten, and tortured.  She is now 21 and telling her story.  She attempted suicide at 17.  Another time, her pimp held a gun to her head, and she had to jump from a moving vehicle.  That same trafficker is now serving a prison term of 30 years and Carrie, now 21, is getting help.