Trafficked brides in Kashmir - FreedomUnited.org
This website uses cookies to improve your experience. We'll assume you're ok with this, but you can opt-out if you wish.Accept Read More
Skip to content
Back to Global News

Women in Kashmir report having been kidnapped and forced into marriages against their will. Brides are sold to men for as little as $35 according to Abdul Rashid Hanjura, a Kashmir-based lawyer and activist specializing in human trafficking cases.

Nazima Begum (not her real name) tells Al Jazeera of the day she was taken, by men she didn’t know, against her will. Nazima travelled to Kolkata after hearing that an NGO was looking to hire women from poor backgrounds. Once there, she realized there would be no job.

It was a sweltering afternoon when she arrived at her destination – a large glass building. There were a few men and many women – some her age, others older – she recalls. One of the men served her tea. All these years later, she still remembers how it smelled of cardamom. And how, soon after drinking it, she found she could no longer talk. Unable to protest, she was led by two men to a car that was waiting outside. There had been no NGO, no jobs for poor women and girls, no route out of the crippling poverty that had defined Nazima’s life – only traffickers waiting to exploit her.

Nazima, then 18, along with other women were taken on a 33-hour journey to Kashmir, the northernmost Indian region. There, they were sold to expecting “husbands”, some for as little as $35.

In a village remote to them, far from any familiarity – even that of a common tongue, Nazima and the others taken along with her were forced into marriages one by one to complete strangers. Nazima was taken to live in a one bedroom home and while she says she wasn’t treated unkindly by her husband, she could never return to the home she once knew for fear of adding to her family’s financial burden.

According to Tarushika Sarvesh, an assistant professor of sociology at the Aligarh Muslim University, trafficking cases are underreported across India so the true number of women trafficked and forced into marriage is unknown.

Sarvesh explains some of the reasons behind this:

“Sometimes the families of women and children who are recovered and brought back don’t want to acknowledge the fact that they were trafficked, as trafficking in popular perception is mostly understood as sexual exploitation,” she says, adding that there is a huge stigma attached to this.

For women trafficked to be brides, there often is more unfamiliarity than just geography and language. Due to the many stigmas surrounding human trafficking in India, it can be difficult to seek help. Bride trafficking is often considered simply as a marriage and so it goes undetected as a form of trafficking.

Join the campaign calling for an end to forced child marriage everywhere. Sign the petition today. 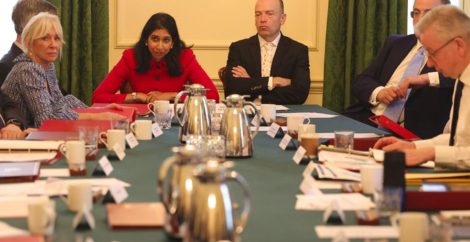