Trafficked Bangladeshis in Vanuatu Considering Suicide - FreedomUnited.org
This website uses cookies to improve your experience. We'll assume you're ok with this, but you can opt-out if you wish.Accept Read More
Skip to content
Back to Global News 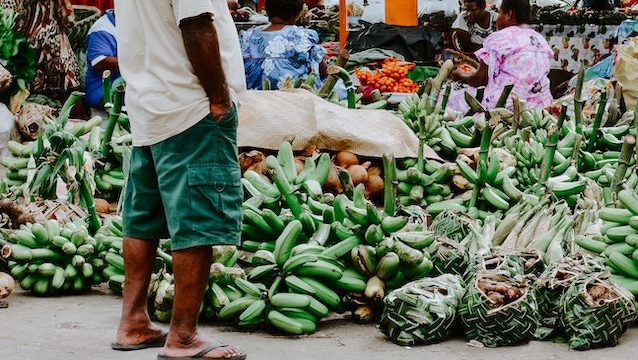 Over 100 Bangladeshi migrants have arrived in the Pacific island nation of Vanuatu in the past year. But instead of taking up jobs they were promised, they were trafficked and exploited for their labor by four fellow Bangladeshis.

While the traffickers are due in court next month, the migrants are stuck in limbo. While they are being housed and given basic support by the Vanuatu Human Rights Coalition and the International Organization for Migration (IOM), the government of Bangladesh says the government of Vanuatu and IOM have been of no help in repatriating their citizens.

Vanuatu’s interior minister, Andrew Soloman Napuat, explained that his country would await a court decision on the traffickers before deciding taking any action to repatriate the Bangladeshi victims.

Yet as Thomson Reuters Foundation reports, this leaves the migrants in limbo, with some considering committing suicide:

“If we stay here, there’s nothing; if we go home, we don’t know what’s going to happen,” said Harun Or Rashid, who was promised a job in Australia, adding that the men were worried about how they will repay loans to relatives and banks at home.

Lured by the promise of jobs as salesmen in Vanuatu and nearby Australia, the Bangladeshis said they had sold property and taken out loans worth up to $20,000 to pay for the move.

Once the migrants landed in Vanuatu, they were forced to work at a construction site building a market, subjected to beatings, and denied the money they were promised, Rashid said.

“Some in the group believe that it’s better to commit suicide here, because there seems to be no way out,” he added by phone from a house in the capital, Port Vila, where 30 of the migrants were staying and receiving support from the government.

One of the main problems is that while many of the Bangladeshi migrants have agreed to testify against their traffickers, they have no right to work in Vanuatu in the meantime. Many said they would like the ability to legally work in Vanuatu instead of simply being repatriated, going home empty handed.

Bangladesh’s High Commission in Australia — which does not have a representative in Vanuatu — said it was informed of the case by IOM in November, but has received no details since then.

“If IOM can provide details that they must have, Bangladesh can ascertain their citizenship and start the process of repatriation,” said a spokesperson.

Please come forward to save us