Toronto Police Focus on Trafficked Indigenous Women - FreedomUnited.org
This website uses cookies to improve your experience. We'll assume you're ok with this, but you can opt-out if you wish.Accept Read More
Skip to content
Back to Global News 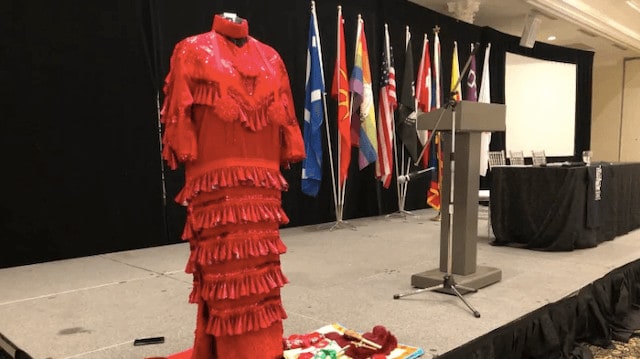 In a first, the Toronto police holding a conference this week that focuses on helping indigenous women and girls who are targeted by human traffickers.

Police are hearing from indigenous community leaders and survivors of trafficking, with the aim being to educate frontline police officers on issues facing the community.

“I want police to understand what is important to families, what they need from police officers, and I want them to know that it is a very delicate relationship,” said Meggie Cywink, a speaker whose sister was murdered in 1994.

The women are often targeted in cities, where they are isolated from their home communities, explained Collin Graham, a community development manager for the Ontario Native Women’s Association.

“There’s a lot of vulnerabilities given the status of how Indigenous youth are growing up with a lack of resources that mainstream Canadians have,” he said.

Once they are lured into the trade, the women and girls can end up being used as sex workers or drug mules, Graham said. The women are targeted by traffickers in public spaces like homeless shelters and malls, and increasingly on social media, experts say.

For some police officers, the conference opened their eyes to the difficulties the indigenous community faces.

“I’ve been to a lot of different events where they talk about residential schools … but the activities that we did today that was probably the most effective I’ve been a part of in my whole career,” Arsenault said.

For Cywink, the event was a positive step at mending the strained relations between police and the indigenous community, but added that only time will tell if real change will happen.

“In my heart, I want to believe that, and time will tell,” she said, adding that if police do make meaningful changes that the indigenous community would also need to change its attitudes towards them.